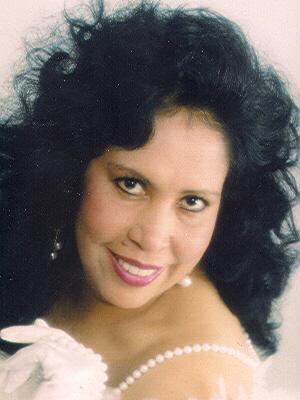 Maria De Jesus Cabello Adame De Parker, age 54, of Appleton, went to meet her Lord, unexpectedly due to an aneurysm, Saturday morning, February 26, 2005. She was born November 17, 1950, to the late Agustin Cabello and Socorro Adame, in Nieves Zacatecas, Mexico. She was joined in matrimony on November 21, 1980 to Gregory C. Parker. Maria always treated everyone as equals. She was a translator in the area for many years. She also loved cooking and opened Maria‚Äôs Cocina, but her favorite job was being a mother and housekeeper. She is survived by husband Greg; her children, Erika (Jeremy) Turrubiates, and their children, Nico and Ria; Alexander (Dana) and their children, Lexus and Alexander; Ruben (Kelly) and their daughter, Lauren and an expected baby; Jacob (Erika) and their children, Angelita and Elena; special nephews, Hugo (Irais) and Andres (Mago); a special niece, Maricela Garza; 9 brothers and sisters, Roberto (Graciela), Enrique (Blanca), Jesus (Elisa), Juan Francisco (Yolanda), Angelina (Issac), Luisa, Josefina, Teresa (Jesus), Carolina (Ismael); her mother-in-law, Doris Parker; brothers-in-law, Scott (Lolita), Jim (Nancy), Joel (Jana), Jon; and numerous nieces and nephews. She was preceded in death by a daughter, Azucena Parker and her father-in-law, John ‚ÄúJack‚Äù Parker. Funeral services for Maria will be held at 7:00 pm, Wednesday, March 2, 2005, at the funeral home, with Pastor Miquel Mazariegos officiating. Friends may call at the funeral home from 3 pm, Wednesday, until the time of the service. In lieu of flowers a memorial fund is being established.

Maria continues her charitable work through her organ donation.