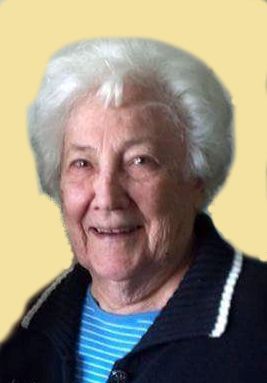 Margaret M. Voelker (Johnson), age 91, passed away peacefully on Tuesday, June 16, 2015. She was born on May 22, 1924, to the late Roger and Petrenella (Van Lanen) Johnson and lived in the Fox Valley her whole life. After graduating from St. Mary's High School in Menasha, Margaret worked as a model. She also worked in local restaurants and in various retail stores in their sewing departments before owning her own store in Neenah, Uniform Boutique, for several years.

Margaret was always very active and in her younger years she enjoyed roller skating. Later on in life, she loved gardening, sewing, cooking, golfing, and fishing. She greatly enjoyed spending time outdoors, especially when she was at her cottage. What Margaret treasured the most though was spending time with her family. She hosted many dinners and cookouts where her entire family would get together. Margaret was loved dearly by her family, and she will be greatly missed.

The family would like to thank Dr. Johnson and the staff on the 4th floor of St. Elizabeth Hospital for all of their help and comfort.