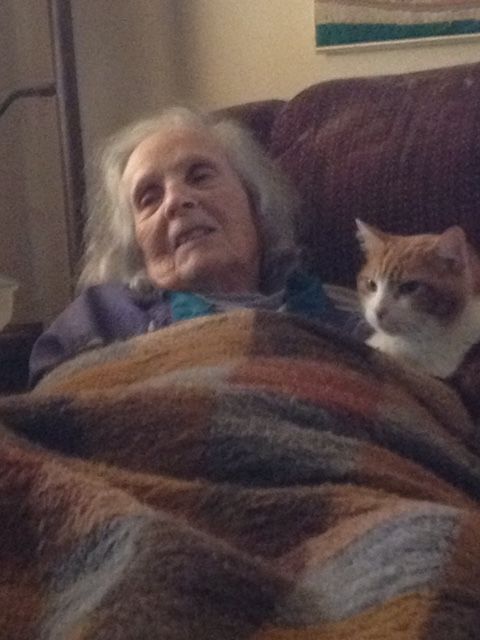 Margaret Viola (Behrent) Rice, age 90, passed away quietly at her home December 1, 2015. She was born September 8th, 1925 in Appleton, to the late Edwin and Margaret Behrent. Tootie left her home town and moved to California after marrying her true love, Stanley Rice, in 1944. The couple lived in Garden Grove and later Weaverville, California, until Stanley's death in 1983. Margaret returned to her home town and spent her remaining years with her siblings, her son, and his family. Margaret was preceded in death by her husband Stanley Rice; sisters Ceclia Wiles and Helen Bartkowiack; her brothers Edwin (Bud) and Larry Behrent; brother-in-law Ray Bartkowiak; and her sister-in-law and childhood friend Betty Behrent. Margaret is survived by her son Steven Rice, his wife Tracey; her daughter Stacie Smith and her husband John; her five grandchildren: Matthew, Jane, Jessica, Michael, and Samantha; and her great grandchildren Josalyn, Chloe, Conner, and Stevani. She is further survived by her beloved cat and constant companion Koko.

She worked many jobs, but said her greatest achievements were her family. Margaret adopted two children and raised them as her own. She never stopped giving even when it meant she had to do without. Heaven has gained a true Angel.

Funeral services will be at 11:00 a.m. on Saturday, December 5, 2015, at STAR OF HOPE CHAPEL, Highland Memorial Park, Appleton, with Rev. Lloyd Luedeman officiating. Friends may call directly at the cemetery chapel on Saturday from 10:00 a.m. until the time of services. A memorial has been established in her name. Online condolences may be offered at www.wichmannfargo.com