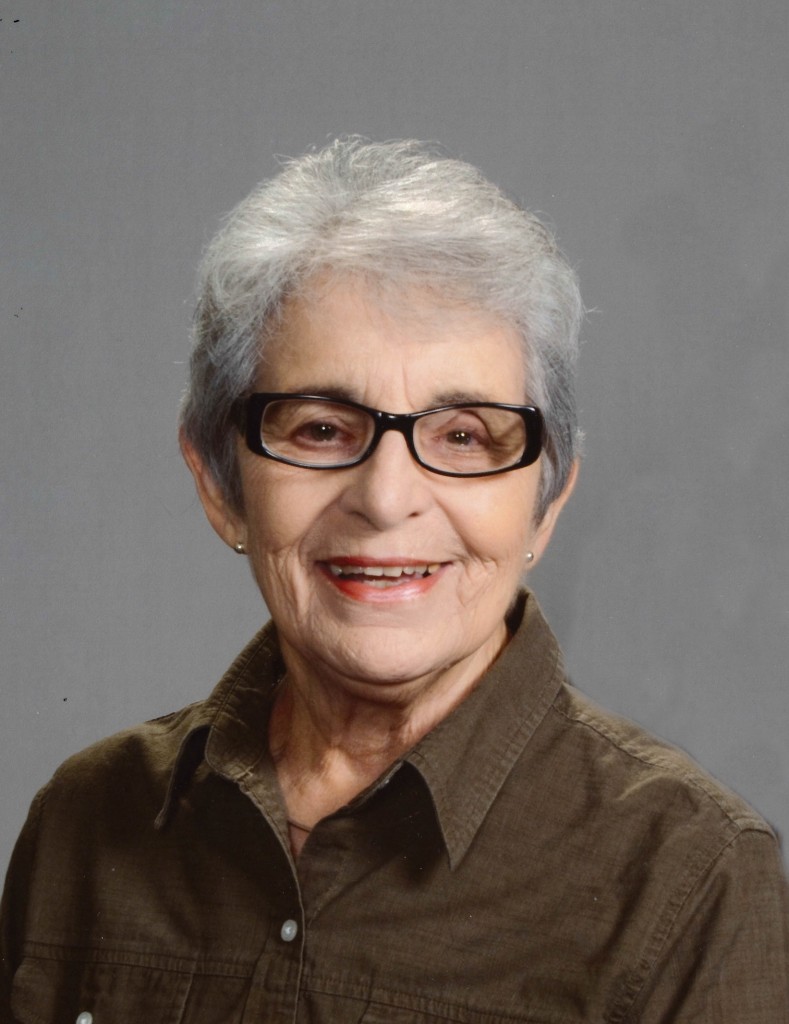 Margaret (Marge) Schmalz, age 81 of Appleton, surrounded by her family, passed on to her heavenly home on January 5, 2018 following a brief illness. Marge was born on August 25, 1936. She was the daughter of the late Mike and Margaret (Schmidt) Schreiber. Marge married James (Jim) Schmalz on September 18th, 1956 at Holy Angels, Darboy and they enjoyed 61 years of marriage. She was a devoted member at Sacred Heart Parish, Appleton.
Marge and Jim have 8 sons, 19 grandchildren and 20 great grandchildren with 2 more on the way. Marge enjoyed many activities from coaching softball games, custom sewing, upholstery, and paintings that she created and made for her family. She loved bowling and was on a bowling team until in her late 70’s. She enjoyed the cabin up north with an occasional trip to the casino. She was known as “Cookie Grandma” especially to her great grandchildren. Family meant everything to Marge and Jim and they attended many of her children, grandchildren and great grandchildren’s activities.

A visitation for Marge will be held Monday, January 8 from 4-7 p.m. with a prayer service at 7 pm at Wichmann Laemmrich Funeral Home, 312 Milwaukee St, Menasha. Funeral services will be held at Sacred Heart Parish, 222 E Fremont St. Appleton on Tuesday, January 9, 2018 at 11:00 a.m., with Father Don Zuleger officiating. Visitation will be held at the church from 9 a.m. until the time of the service. In lieu of flowers, a memorial fund has been established. A special thank you to the team at Fresenius Kidney Care of Appleton.