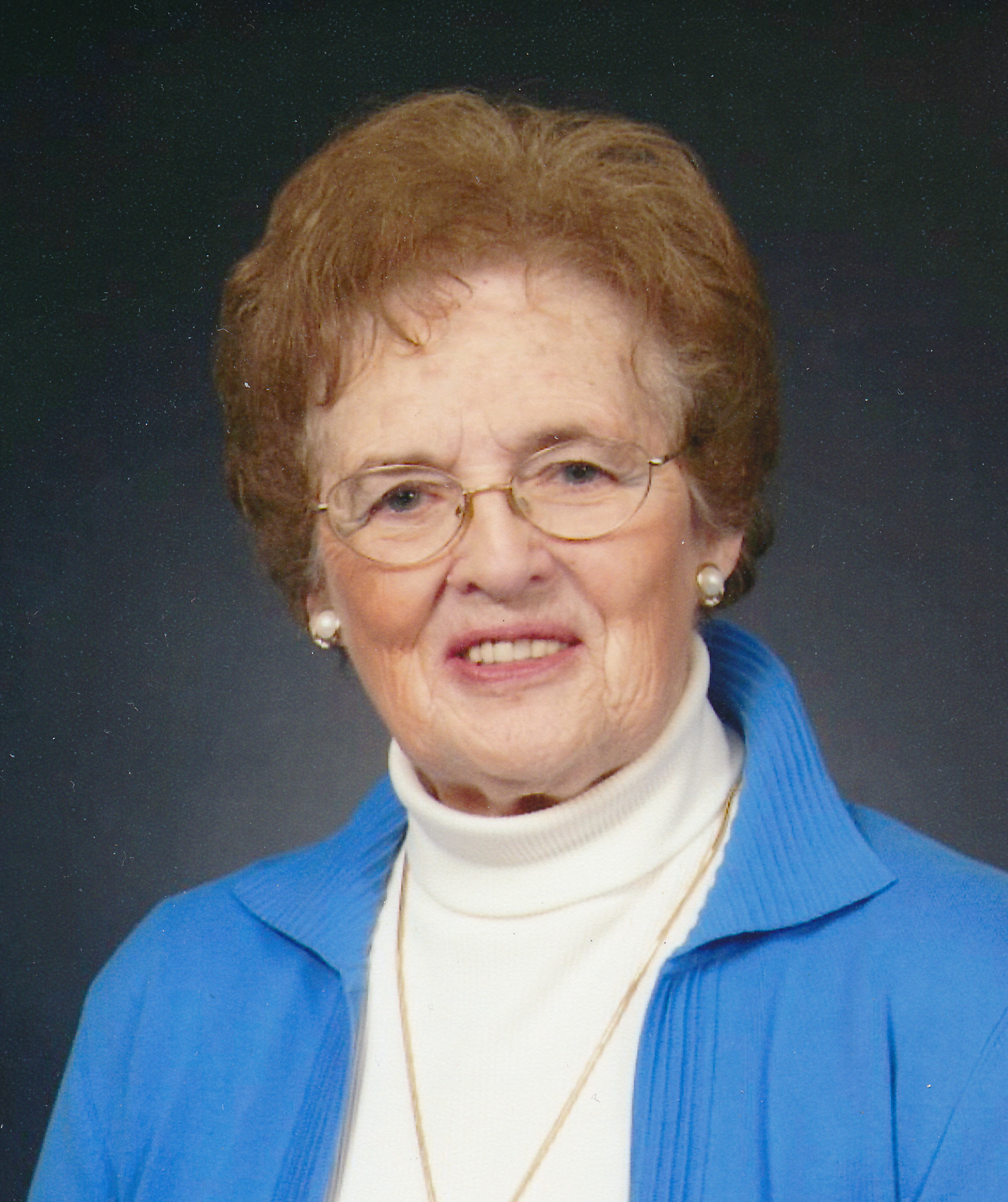 Margaret (Gaffney) Sinclair, age 87, of Appleton, passed away on Saturday, April 18, 2015 at Heartwood Homes in Appleton. She was born June 1, 1927 in Stanley, Wisconsin, the daughter of the late Arthur and Mary (Stehly) Gaffney. Peg grew up in a family of five brothers: the late Joseph, William, and Jerry and her two brothers Mike Gaffney, of Phoenix, Arizona and Stehly (Lenore) Gaffney of Waukesha.

Peg graduated from Stanley High School in 1945. She enrolled at Clarke College in Dubuque, Iowa, graduating in 1949. After graduation she was awarded an Internship in Dietetics with Eastman Kodak in Rochester, New York. On completion of the internship she accepted a position as Dietician at Elizabeth Waters Hall at the University of Wisconsin. It was there she was reunited with her high school sweetheart, Mylan Sinclair. They were married in Madison in 1951. After two years as an Army wife, they moved to Appleton.

Peg was a busy wife and mother to six children. Mom ran the house while Dad ran Appleton Pharmacy. Mom loved to cook. Holidays were always a special time for her as she prepared so many dishes that became part of the Sinclair family traditions. Another time-honored tradition was preparing “pigs in the blanket” or cabbage rolls in a pressure cooker for Mylan's birthday. Besides meal preparation Peg provided for the family over the years by canning and freezing dozens of ears of corn, bushels of pickles, crates of peaches and pears, and jars of jam.

Peg adored her grandchildren and great-grandchildren. She was never happier than when she was carrying the baby around or playing with the toddlers. She was an excellent toy shopper and the Christmas presents were always piled high around the tree. She also enjoyed attending her grandchildrens' many activities.
Peg was a tireless volunteer. She was a Cub Scout den mother and Girl Scout Brownie Leader. She was a driver with Meals on Wheels for many years, always delivering a smile with the meal. She served on the board of FISH for many years and volunteered as a driver with the organization. She was a member of the Appleton Women's Club and served two terms as president. She was a long time member of St. Thomas More and was a willing helper when called upon. She loved to add her bakery to the Bake Sales.
Peg loved to travel. She managed numerous family camping trips including two trips out west with all eight family members packed in the station wagon, and other trips east and north. She enjoyed a trip to Hawaii, a cruise to Alaska, many trips to California visiting her son's family and her mother's family, the Stehly's. She traveled to Ireland with her two daughters and granddaughter. She and Mylan traveled to Slovakia and the Czech Republic to visit his relatives. She also enjoyed meeting up in fun locations with her Clarke College friends. We will all remember so many fun times at Legend Lake at the family cottage.

Peg will be remembered as a loving wife, a caring mother, grandmother and great-grandmother and a great friend, as well as for her wonderful sense of humor.

The funeral liturgy for Peg will be held at 11:30 am on Friday, April 24, 2015 at ST. THOMAS MORE CATHOLIC CHURCH, 1810 North McDonald Street in Appleton. Fr. Gerald Falk will be officiating. A private committal service will take place at Highland Memorial Park. A time of visitation will be held on Friday at the church from 9:30 am until the time of mass. A memorial fund has been established. Online condolences can be offered at www.wichmannfargo.com.

The family would like to thank the staff at Heartwood Homes for wonderful care; Dr. Lee Vogel and the staff at UW Residency Center for their care and concern; Father Falk and Sister Betty from her church who regularly visited her and encouraged her; and AseraCare Hospice for their compassionate care.