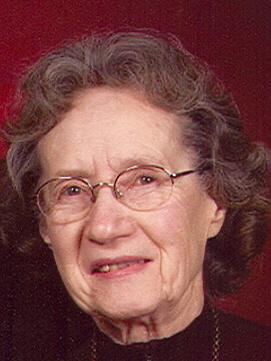 Margaret M. Boeing, ‚ÄúPeggy‚Äù, age 86, of Kimberly, died peacefully, Sunday, October 14, 2007, at Brewster Village in Appleton. She was born February 8, 1921, to the late William and Amelia (Yourchak) Bucko, in Ironwood, Michigan. Margaret married Robert T. Boeing on September 17, 1945 and they enjoyed the 62 years they shared. She was a member of All Saints Episcopal Church. Margaret was a devoted and loving wife, mother, grandmother and great grandmother. She enjoyed reading, sewing, cooking, card playing and taking care of her family. In her younger days she golfed and was the first family member to get a hole in one and the only one to get two. Margaret will be deeply missed by her husband, Robert; her children, Robert A. (Karen) Boeing, Milwaukee; Steven P. (Mary) Boeing, Appleton; Julianne (Charles) Manteufel, Kimberly; her grandchildren, Brooke (Robby Keller) Boeing, Milwaukee; Hillary (Spencer) Morgan, Provo, Utah; Bobbie Ann (Devin) Dunn, Spanish Fork Utah; Melissa (Sebastian) West, Sherwood; Matthew Boeing, Appleton; her two great grandchildren, Miles Morgan and Madeline West. Funeral services for Margaret will be held at 11:00 am, Wednesday, October 17, 2007, at the funeral home with Father Patrick Twomey officiating. Burial will be in Appleton Highland Memorial Park. Friends may call at the funeral home from 9:30 am, Wednesday, until the time of the service. In lieu of flowers a memorial fund is being established.

The family would like to thank the staff of Brewster Village for the loving care and support.