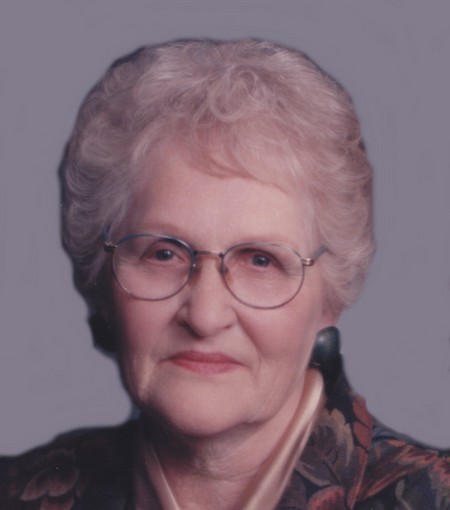 Margaret Wallace, formerly of Combined Locks, passed away peacefully on Sunday morning at Parkside Care Center in Little Chute at the age of 90. Margaret was born in Appleton on July 21, 1923, daughter of the late James and Agatha (West) Weyenberg. On January 21, 1941, she married Daniel M. Wallace, II at St. Therese Catholic Church in Appleton. Dan preceded her in death in 1993. Many will remember Margaret for her expertise with bridal gowns; she worked as a seamstress for many years, and retired in 1982. She was also an avid bowler, Packer fan, loved to sew, bake, travel, decorate, read books, work puzzles, and crafting of all kinds. Most of all, she loved spending time with her family.

The funeral liturgy for Margaret will be held at 11:00 AM on Friday, September 13, 2013 at ST. PAUL CATHOLIC CHURCH, 410 E. Wallace Street in Combined Locks, with Fr. Andrew Kysely officiating. Interment will be in the parish cemetery. Friends may call at the Jansen Fargo Funeral Home, 204 East Kimberly Avenue, Kimberly, on Thursday evening from 4:00 PM until 8:00 PM, and again at the church on Friday morning from 9:00 AM until the time of the mass. There will be a parish prayer and scripture service at the funeral home on Thursday evening at 7:45 PM. Online condolences may be offered at www.wichmannfargo.com. A memorial fund is being established in Margaret's name.

The family would like to offer their sincere thanks to Dr. Brian Scott and all the caregivers at Parkside Care Center. Your kindness will never be forgotten by our grateful family.