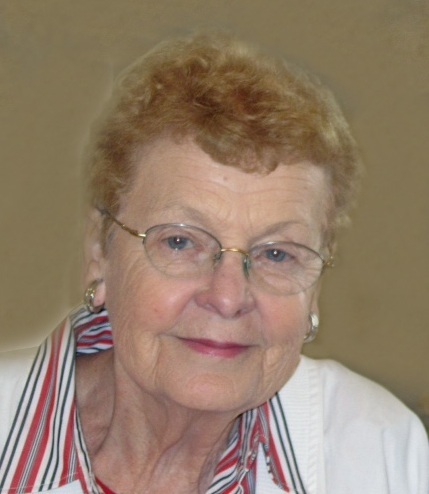 Margaret “Babe” Vondracek, age 86, passed away at St. Elizabeth Hospital in Appleton on Thursday, Sept. 25th, 2014. Margaret was born in Dixon, Illinois on June 4th, 1928, the youngest of four children born to Edward and Elizabeth (McCormick) Dawson. Being the youngest child, she quickly became known as “Babe” to friends and relatives alike. That nickname stayed with her for her entire life. In 1948, she married Kenneth Vock in Sterling, IL; he died suddenly in 1968, leaving behind Babe and their five children. In 1976, Babe married Robert Vondracek in Kaukauna, WI. Sadly, Bob also passed away in 1997.

Babe was a beloved wife, mother, sister, grandmother, aunt and friend. She will be greatly missed by her family and longtime devoted friends. Babe always said she had a wonderful life because of her “Faith, Family and Friends.”

A memorial funeral mass for Margaret will be held at 3:00 PM on Friday, October 3, 2014 at HOLY CROSS CATHOLIC CHURCH, 309 Desnoyer St. in Kaukauna, with Fr. Tom Pomeroy officiating. Family and friends are invited to gather at the church on Friday from 12:00 Noon until the time of the memorial mass. Memories and online condolences may be shared by visiting www.wichmannfargo.com.