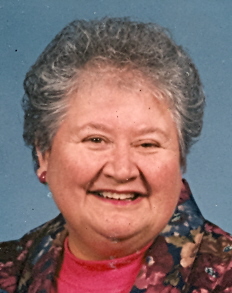 Margaret “Muggs” Eiting, age 76, passed away on Thursday morning, August 2, 2012 at Parkside Care Center in Little Chute. August 2 would have been her mother's 100th birthday as well as her parents'80th wedding anniversary. Muggs was born in Green Bay on October 27, 1935, daughter of the late Urban and Lillian (Rademacher) Eiting. She was raised on the family farm near Hollandtown where Muggs was a great help to her mom and dad gathering eggs, driving tractor, and plowing fields. She was a 1953 graduate of the Kaukauna High School and worked at Thilmany until her retirement in 1990. Muggs enjoyed bowling, NASCAR, races at WIR, and was an avid fan of the Brewers, Packers, and Badgers. She traveled to Branson, Missouri, Texas, Florida, Michigan, and other places for races with her good friends Kathy, Molly, and Jan. She was very involved with the activities of her beloved nieces and nephews. She faithfully attended their birthday parties, dance recitals, school events, plays, and sporting activities. Muggs had many friends from her years at Round House Manor. There she participated in bingo, sheepshead, rummy, and helped to plan activities for the residents.

Margaret is survived by two sisters-in-law: Karen Eiting and Mary Eiting, both of Kaukauna; her nephews: Ken Eiting, Andy (Laurie) Eiting, Scott Eiting, Rob (Jane) Eiting; and her nieces: Sharon (Al) Schroeder, Tracy (Greg) DeJong, Kim (Brian) Stumpf, and Kelley Eiting and her special friend Joel. There are also fifteen great-nieces and nephews, as well as cousins and friends. Muggs was preceded in death by her brothers: Allen, Ted, and Ken.

The funeral liturgy for Muggs will be held at 6:00 PM on Monday, August 6, 2012 at ST. KATHARINE DREXEL PARISH – St. Francis Church in Hollandtown, with Fr. Jerry Pastors officiating. Interment will be in the parish cemetery. Friends may call directly at the church on Monday afternoon from 4:00 PM until the time of the service.

The family would like to thank the many wonderful people who cared for Muggs during her illness. They include Dr. Schoening, Nurse Sarah and the Kaukauna Clinic Staff, the Appleton Medical Center Staff, Heartland Hospice, and everyone at Parkside Care Center. We will never forget your kindness.