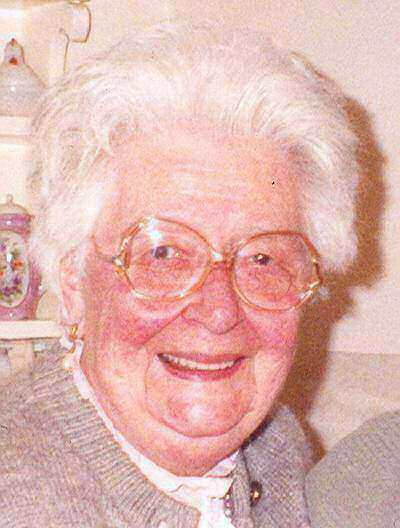 Margaret A. Mason, age 89, went to Heaven on May 1, May Day, 2005, at Century Oaks Assisted Living in Darboy. Margaret was born on July 25, 1915 in Wittenberg, Wisconsin, to the late Mikkel and Martha (Meilke) Helgesen. She attended the one-room school house next to St. Paul Lutheran Church, where she was baptized and confirmed; she then attended Wittenberg High School. Margaret did not graduate, as her mother was very sickly. She married Henry M. Mason on August 1, 1933, in Wittenberg; he preceded her in death in 1961. Margaret worked in the Deli at the Park and Market on Lawe Street in Appleton. She then worked as a baker in the kitchen at Appleton Medical Center for 11 years. Margaret was also a server at the old Senior Center on Oneida Street for several years. She enjoyed raising flowers and veggies. Margaret loved her house cats; she had cats in Wittenberg, Washington State, Antigo and finally Appleton. Mom‚Äôs favorite saying was, ‚ÄúDon‚Äôt take any wooden nickels.‚Äù

Survivors include her son, Eugene T. (Helen) Mason, Appleton; her daughter, Barbara M. Mason, Henderson, Nevada; her grandchildren, Sherry J. Mason, Kay M. Hopfensperger, and Jay A. (Celeste) Hopfensperger; her brother-in-law, Luther (Vivi) Mason, San Diego, California; and her special friends, James Curtis, Tom Cromer and Linda Buss. She was preceded in death by her daughter, Kristine A. Mason in 2001 and her brother Herbert (Lizette) Helgesen. The family would like to sincerely thank the many friends and relatives who took the time to visit Mom at Century Oaks since 2001; the pastors from Good Shepherd Lutheran Church; Brandi and her wonderful staff at Century Oaks who attended to Mother‚Äôs needs; and to the Heartland Hospice for their help in her final weeks.

A Farewell Service will held at 11:00 a.m. on Tuesday, May 3, 2005, at GOOD SHEPHERD LUTHERAN CHURCH, 2220 East College Avenue, Appleton, with Rev. Martin Koeller officiating. Friends may call at the Wichmann Tri-County Chapel, 3212 South Oneida Street, Menasha, on Monday from 4:00 p.m. to 7:00 p.m. and again directly at the church on Tuesday from 10:00 a.m. until the time of services. Interment will be in Highland Memorial Park, Appleton. In lieu of flowers a memorial has been established in her name to benefit Good Shepherd Lutheran Church and the Alzheimers Association of Wisconsin.