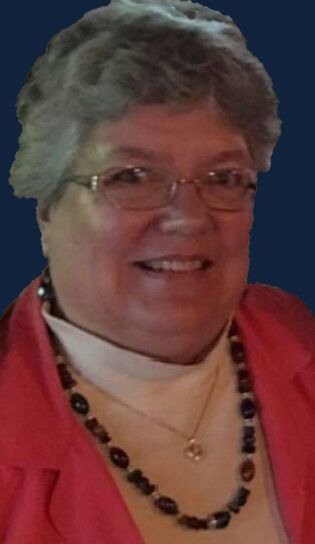 Marcia A. Golz, age 62, of Oshkosh, passed away at her home on Saturday, July 30, 2016. Marcia was born on November 18, 1953, in Appleton, to the late Clarence and Margaret (Schneider) Kaufman. She married John Golz on July 22, 2005, in Oshkosh. Until her retirement as a Registered Nurse, Marcia was Head of Jail Health Services for Outagamie County. She was an avid gardener, and well-known for her African Violets and Christmas Cactuses.

Survivors include her husband of 11 years, John; her children, Jennifer (Tony) Giebel and April (Chris) Luttrell; her grandchildren, Ava and Olivia Giebel, and Casey and Thomas Luttrell; her brothers and sisters, Mark (Kim) Kaufman, Maureen (Mike) Kloes, Mary Daniel, Steven Kaufman and Anna Curtis; her mother-in-law, Hazel Golz; and her step-daughter, Connie Golz and her son Keegan Golz. Marcia was preceded in death by her father-in-law, Harold Golz and her brother-in-law, James Golz.

Memorial services will be at 11:00 a.m. on Saturday, August 6, 2016, at WICHMANN FUNERAL HOME, 537 N. Superior Street, Appleton, with Rev. Kurt Hoffman officiating. Friends may call directly at the funeral home on Saturday from 10:00 a.m. until the time of services. In lieu of flowers, a memorial has been established in Marcia's name. Online condolences may be offered at www.wichmannfargo.com.