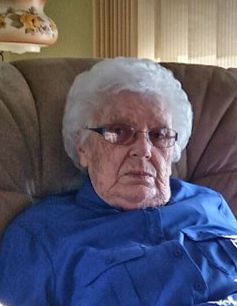 Marcella Sprangers, 89, passed away on Tuesday, November 26, 2019, at Living Tree Estates. She was born on April 25, 1930, in Black Creek, the daughter of George H. and Theresa (Helein) Neiland. Marcella was united in marriage to Francis J. “Frank” Sprangers on November 19, 1949, at Sacred Heart Catholic Church, Appleton, and he preceded her in death on December 24, 2009. They were members of St. Bernadette Catholic Parish, Appleton. For 60 years, the pair did everything together; including: camping, fishing, and traveling to Florida during retirement. She loved her children, grandchildren, and great grandchildren.

Funeral service will be held at 11:00 am, on Wednesday, December 4, 2019, at St. Bernadette Catholic Church, 2331 E. Lourdes Dr., Appleton. Visitation will be on Wednesday at the church from 10:00 am until the time of the Mass. Interment will be in St. Mary’s Cemetery, Black Creek. In lieu of flowers, a memorial is being established.

Marcella’s family would like to extend a special thank you to the staff at Living Tree Estates, Greenville, Dr. Montgomery Elmer and his staff at ThedaCare, Kimberly, and Donna with Southern Care Hospice for their compassion and care.