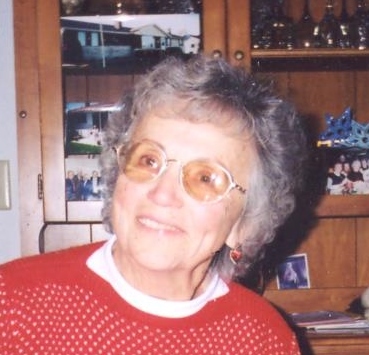 Marcella “Marcy” Casey, age 92, passed away peacefully on Sunday, June 7, 2015. She was born on January 17, 1923 to the late Omer and Anna (Grassel) Servais. Marcy graduated from Shiocton High School in 1941. On November 13, 1945, she married Erwin Casey at St. Therese Catholic Church in Appleton. They spent forty-seven wonderful years together before Erwin passed away in 1992.

Marcy worked at the Appleton Theater, Zwickers Knitting Mill, Karras Restaurant, and Butte des Morts Country Club throughout the years. She always had a strong faith, and she was a longtime member at St. Mary Catholic Church in Menasha. Marcy was a woman who was always busy doing something. She enjoyed fishing, biking, walking, and gardening, especially tomatoes. Marcy was very good at sewing and made all of her children's clothing growing up. She was also a very good cook and especially loved fish fries. Marcy was loved dearly by her family, and she will be greatly missed.

Funeral liturgy for Marcy will be held at 11:30 a.m. on Thursday, June 11, 2015 at ST. MARY CATHOLIC CHURCH, 528 Second Street, Menasha with Fr. Paul Paider officiating. A time of visitation will be held at the church from 10:30 a.m. until the time of the funeral mass. Online condolences may be offered at www.wichmannfargo.com.