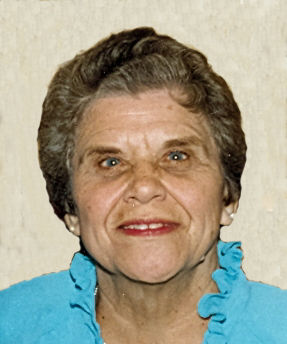 Marcella B. Bork, age 92, of Lakewood, formerly of Kaukauna, passed away on Tuesday, January 15, 2013 at the Langlade Hospital. She was born on November 28, 1920, in Marinette, the daughter of Lawrence and Mary (Langer) Bouche. On October 24, 1941, Marcella married Joseph Wimberger, after his passing she married Elmer Bork on September 12, 1987. Marcella was a member of St. Katharine Drexel Parish, St. Mary Church, the Christian Mothers Altar Society and Appleton Y.M.C. A. Retired Persons Club. She enjoyed line dancing, working in the garden, fishing, and spending time with her grandchildren. Marcella was employed as a secretary for 25 years at F.W. Means & Company in Appleton, now Bay Towel, retiring in 1979.

She was preceded in death by her husbands, Joseph Wimberger on March 8, 1981, and Elmer Bork on May 7, 2004; brothers: Rev. Dennis Bouche and Robert Bouche; sister: Mary Jane Dreier; and grandson: Jeffery Cox.

The funeral liturgy for Marcella will be held at 11:00 am on Friday, January 18, 2013 at St. Katharine Drexel Parish, St. Mary Church, 119 W. Seventh Street in Kaukauna. Fr. Jerry Pastors will be officiating. Interment will take place at St. Mary Cemetery. A visitation will be held on Friday at the church from 10:00 am until the time of mass. Online condolences can be expressed at www.wichmannfargo.com.