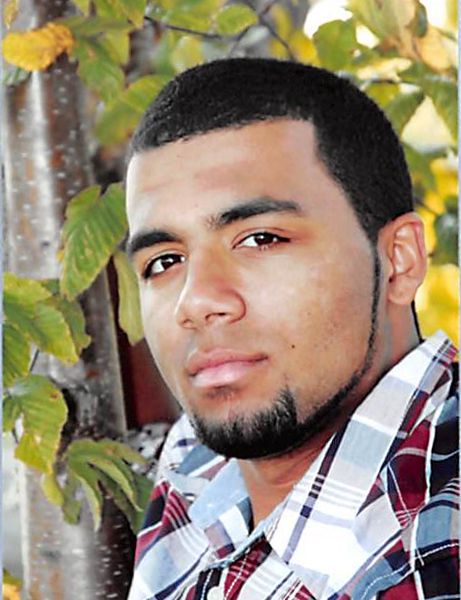 Appleton, WI – At the age of 23 years old, a man known for his courage, dauntlessness, and loving spirit, laid to rest. Marcel-Jihad (MJ) Van Linn-Thompson was called on the day of March 31st, 2019. He was born to his mother Linda Van Linn, and father Xavier G Thompson on May 23, 1995. Marcel graduated from Appleton East High School class of 2013 where he was a three-sport athlete who excelled in football. The continuation of his education at the University of Wisconsin-Fox Valley was brief as it was interrupted by the diagnosis of his cancer.

From the start, and even to the very end of Marcel’s fight he always stuck true to his roots and never gave up. Whether it be video or board games Marcel found great joy and sense of reason in playing games with his close friends and family. He also had a deep passion for sports, which showed through in his participation in baseball, wrestling, basketball, track & field, football and his coaching for Appleton East football.

Marcel boldly combated against cancer for 5 years and on that Sunday night of March 31st, while surrounded by family, Marcel had gotten a call. The call gave him a new mission. A mission that he would leave for but not come back from. A mission without cancer. One that he would be told to run free, free of all life’s constraints. To play games, participate in sports, coach football, to do anything and everything his heart has ever desired.

Throughout this young man’s courageous battle, it’s certain that he is nothing less than a hero. Marcel, of Appleton, Wisconsin has undoubtedly left a forever lasting imprint on many individuals hearts. He will be remembered as a friend, a teammate, a son, a nephew, a cousin, a big brother, but most importantly, a fighter. Please hold marcel close in mind and spirit, as he was truly taken from us to soon.