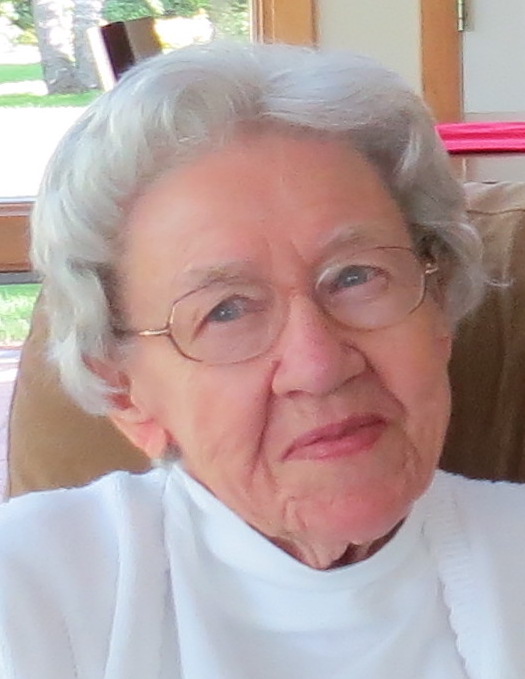 Magdalene “Madge” Rass, 100, passed away peacefully on Tuesday, December 4, 2018, at Island Shores Senior Living on Doty Island. Madge was born January 11, 1918, to Frank and Paula (Rueckl) Rippl in Menasha, the middle child of nine children. She would often observe that having one brother above and one below her in age allowed her to hang out with her sisters, doing some of the girly things but she was also able to be with her brothers so she became a bit of “tomboy”. Madge was not afraid to put on a pair roller or ice skates, head to the tennis courts, take off on her bicycle and or drive the family car. She attended St. Mary Catholic grade and high schools, graduating as a National Honor Society recipient.

During High School and afterwards, she would cross her front yard and head over to work in the grocery store her parents owned. Much of this time spent in the store was during World War II when rationing presented many issues for the Rippl family, trying to provide their customers with many goods that were in short supply. Around this same time Clem Rass, a young gentleman from the Village of Luxemburg began stopping in Menasha on his way to and from Milwaukee. As Luxemburg was where Paula (Rueckl) Rippl was originally from, he became part of the extended Rippl family. He and Madge dated during his years at Marquette University and while he served in the US Air Force. After the war, they were married at St. Mary Catholic Church, Menasha on May 31, 1946 (Memorial Day). Madge became a fulltime wife and mother of 4. She would also spend time volunteering in the grade school library and at St Mary Catholic Church. There were not many women in those days that put as many miles on the family car as she did. She became the defacto “Uber Driver” for many family members, whether it was taking sister Rose up to Mayo Clinic or taking all the “girls” to Appleton, Oshkosh and beyond for a day of shopping or vacationing. She also was the designated driver for many of the School Sisters of Notre Dame who taught in St Mary Catholic schools. If there were errands or doctors appointment, she would get the phone call. After the kids were grown and Clem was close to retirement, they ventured to Europe multiple times and began their many road trips across the country with Madge sharing driving duties.

Clem's nickname for Madge was “Sport” because she was game for almost any trip he wanted to take. For many years he would recall the story of Madge having to “hike up her skirt and show a little leg” in order to walk the gang plank from a small boat in Prince William Sound, Alaska to a seaplane so they could fly over the glaciers and then reverse the process on the way back. Clem could not have asked for a better sidekick to share his travels with. She and Clem managed multiple trips to Florida, Minnesota, California and New York to visit children and grandchildren. Even after she was through taking extended trips, she was not going to hold him back from multiple trips with his sons to Europe, Asia and Mexico. Madge outlived all of her brothers and sisters. She was a 35+ year cancer survivor. As she has said, the Lord blessed her with many healthy years, both mind and body.

Madge was preceded in death by her parents, daughter: Paula Michalkiewicz, and 8 siblings.

Mass of Christian Burial will be held at 11:30 am, on Tuesday, December 11, 2018, at St. Mary Catholic Church, 528 Second St., Menasha, with Fr. Paul Paider officiating. Interment will be in St. Mary Catholic Cemetery, Menasha. Visitation will be Tuesday at the church from 10:00 am until the time of the Mass.

We want to sincerely thank the wonderful staff at Island Shores for making Mom so comfortable in her new home. Always a Doty Islander, she was so happy to be able to stay on the island. We would also like to thank the exceptional staff of ThedaCare Hospice for the loving and compassion care they provided Mom over the past nine months.