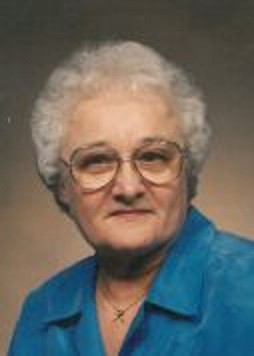 Madella C. Jacob, age 85, of Menasha, passed away peacefully with family at her side on Wednesday, June 28, 2017. She was born on June 21, 1932 in Sherwood to the late Julius and Catherine (Foertsch) Schmidt. Being the caring and giving person Madella was she found her calling in nursing. She was employed with Park View Nursing Home retiring in the 90’s. Long after retirement Madella continued to serve and care for others at Home Instead Senior Care.
Madella was The Matriarch of her family. She was a compassionate person and a woman of strong faith. Nothing was above God and her family.
She is survived by her five children, Stephen T. (Jean) Jacob, Karen J. (Roger) Byer, Gary L. (Patty) Jacob, Glen A. Jacob and Robert G. Jacob; ten grandchildren; eleven great-grandchildren; her brother Florian “Blondie” (Donna) Schmidt; her sister, Lorraine (Ewald “Sandy”) Rehfeldt and two sisters-in-law, Agnes and Jackie. She is further survived by many other family member and friends of God.
In addition to her parents she was preceded in death by her husband, Stephen T. Jacob Sr. on November 21, 1982; her infant daughter, Sharon Jacob; her four brothers, George (Vita) Schmidt, Julius (Evelyn) Schmidt, Leander Schmidt and Paul Schmidt and her sister Marian (Art) Schmidt. She is also preceded in death by many dear family members and friends.
The Funeral Liturgy will be held on Wednesday, July 5, 2017 at 1:30 p.m. at SACRED HEART CATHOLIC PARISH, N349 Military Road in Sherwood. Family and friends will gather on Wednesday at 11:30 a.m. until the time of the Funeral Mass. Interment will be held at St. Margaret’s Cemetery in Neenah. In lieu of flowers, a memorial fund has been established in Madella’s name. Online condolences can be made at www.wichmannfargo.com.