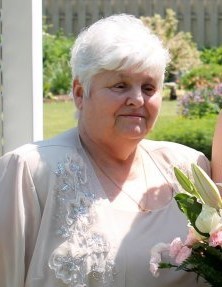 Lynne was born on February 8, 1943, in Mt Kisco, New York to the late Harold and Dorothy (Field) Leahy. She was an avid HAM radio operator and was a Middletown Rhode Island HAM Radio Emergency Coordinator. Lynne would do phone patches with her radio to connect sailors with their families. She was a very active person and loved sailing, the water, skiing, both on the water and snow and raised and showed Russian Wolfhounds. Lynne was a Papal Volunteer when she lived in British Honduras where she taught blind children to read braille. She was a truly honest and loving person and would always help anyone who needed it. Lynne was an avid Red Sox and Patriots fan. Most of all she was a truly loving Mom and grandmother and the times she spent with her family will always be treasured.

The family would like to extend their sincere thanks to the doctors and nurses at Fox Valley Hematology and Oncology and the staff at Appleton Medical Center.