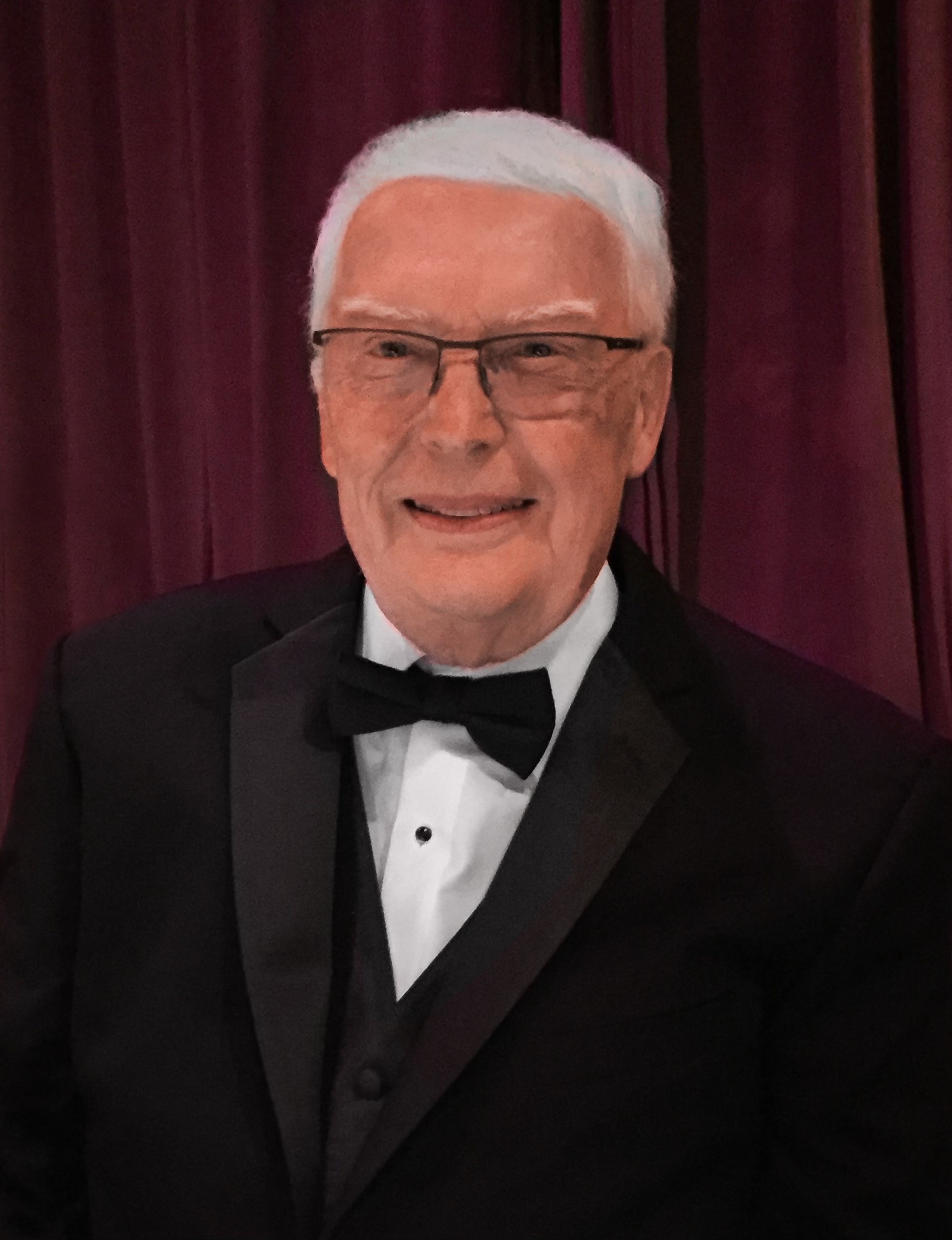 A warm and loving heart surrendered to God’s call as another beautiful soul has gone to Heaven.

Born to Delphine (DeGroot) and John Vandenberg on February 11, 1935, Lyle was a lifelong resident of Kaukauna, attending Holy Cross Grade School and graduating from Kaukauna High School with the class of 1953. In 1959, he received his B.S. degree from the University of Wisconsin-Madison School of Pharmacy and was commissioned a 2nd Lieutenant in the U.S. Army through their ROTC program. He was a member of Lambda Chi Alpha Fraternity.

On July 25th of that same year, Lyle married the former Kay Killian at St. Mary’s Catholic Church in Kaukauna. Shortly thereafter, they left for San Antonio, Texas, where he would serve six months in the Medical Service Corps at Brooke Army Medical Center at Fort Sam Houston – a “six-month honeymoon,” as Lyle often referred to their time there. This was followed by seven years in the U.S. Army Reserve, where he attained the rank of Captain. Upon returning to Kaukauna in 1960, Lyle began what was to become his life’s work as a Registered Pharmacist at Look Drug Stores, Inc. As a high school junior, he was hired by Arthur Look and Arthur Mongin, who became mentors and inspired his interest in pharmacy – taking him from stocking shelves and stoking the furnace to eventually purchasing the company years later. While operating the Look Drug retail stores, he also launched a long-term care program, providing pharmacy services to hundreds of nursing home beds in the area. Additionally, he served as Pharmacist to Kaukauna Community Hospital and was a consultant to various nursing facilities.  Together with friend and colleague Mark Kobin, they built another business, IV-a-Care, which provided intravenous therapies to patients in their homes.

Although left fatherless as a seven-year-old, Lyle somehow instinctively knew what it took to become the best father possible. While he always credited Kay with raising the kids because of his long hours at the store, Lyle was an engaged, wonderful father and role model to his five children who, along with his wife, survive. They are Kyle Brush, Brian (Jamie) Vandenberg, Jill (Jonathan) Jest, Amy (Jeff) Pricco, and Sara (Frank) Penick. He loved and was extremely proud of his grandchildren: Cody (fiancée Monika) Vandenberg, Mykel (Tommy) Nicholson and Tyler Vandenberg; Devlin, Kellen and Tristen Brush; Gianna, Evan, Ethan, Ava, Owen and Aidan Pricco; and Eva and Elise Penick. He had been looking forward to grandson Kellen’s graduation from the UW School of Pharmacy in May and a third generation of pharmacists in the family.

As a youngster, Lyle said he wanted to grow up to be either a priest or a bartender, but anyone who knew him thought he would have made it big as a stand-up comedian. Lyle was the life of every gathering with his quick wit, clever quips and wonderful sense of humor. Laughter was a constant. However, qualities that would have served him well as a priest or bartender also made him a success in his chosen profession. He was kind and compassionate, treating everyone with respect, totally honest, generous in every way, and a great conversationalist with an outgoing personality that allowed him to make friends wherever he went. He was deeply religious in a private way and trusted in God unconditionally.

His interests were many. Lyle was a Packer fan and season ticket holder for 62 years. He cheered for the Badgers and the teams of any college attended by his grandkids. He enjoyed boating and spending time on the water, leading him to become an active member of the US Coast Guard Auxiliary. He loved music, a passion he shared with Kay that cemented their relationship from the very beginning. Music runs in the Vandenberg blood and this love of music has been passed on to his children and grandchildren. Lyle and Kay traveled extensively, and their adventures took them all over the world. But Lyle’s special world was his home in Kaukauna and the luxury of spending time in their beautiful condos in Door County and Arizona.

Lyle was a loyal supporter of the Kaukauna Alumni Foundation, serving as a past president and chairman of the board, and was honored to be chosen Rallymaster in 2008. He was very proud of the fact he and Kay attended the annual reunion for 57 straight years. Lyle was community minded, at one time serving as president of the local Chamber of Commerce, and a past member of The Elks, the Lions Club, and various professional organizations.

The funeral Mass for Lyle will take place on Friday, November 19, at 11:00 am at Holy Cross Catholic Church, 309 Desnoyer St., Kaukauna, with visitation at the church beginning at 9:00 am until the time of service. A luncheon for all will follow at Van Abel’s in Hollandtown, providing additional time for visiting and sharing memories. The Mass will be livestreamed on Lyle’s obituary page on the funeral home website.

In lieu of flowers, memorials may be directed to the Lyle Vandenberg Health Scholarship fund at Kaukauna High School or a charity of one’s choice.