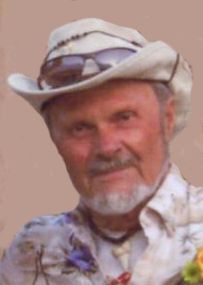 Lyle “Tom” Weborg, age 72, of Menasha, Wisconsin; Naples, Florida; and Gills Rock, Wisconsin, died peacefully at Cherry Meadows, Appleton, early Sunday morning, November 16, 2014, with his wife at his side. Tom was born to the late Wallace and Gladys Weborg on May, 15, 1942, in Sturgeon Bay, Wisconsin. At the age of 19 he moved to Menasha, Wisconsin and for the last six years he wintered at his home in Naples, Florida—yes, a “snowbird.”

As a young boy and teen, Tom worked with his father on a commercial fishing boat in Gills Rock, a very proud Norwegian Heritage that started here in the 1860s. At the age of 19, the Weborgs were hired by the State of Wisconsin to remove sheepshead, a rough fish, from Lake Winnebago, thus beginning his life in the Fox Valley. As the contract for fishing finished, his brother David started Weborg Builders, a home building company and asked Tom if he would like to work for him as a carpenter, thus starting his carpentry career. Through the years he worked for A. J. Despins of Green Bay, Utchig Builders of Appleton, Nordon Partitions of Appleton, Oscar J. Bolt, and C. R. Meyer. Following his employment at Nordon Partitions, he started work for P. G. Miron (Miron Construction) and worked for them for 25 years, retiring on his 60th birthday. He joined the union 45 years ago and was very proud to work for Miron Construction, making many friends, especially Eddie Green.

Tom was united in marriage to Sandra “Sandy” Jessie Goodrich, formerly of Kiel, Wisconsin, on October 16, 1976. They had one son. Tom and Sandy recently celebrated their 38th wedding anniversary.
Tom was a man of adventure, with many hobbies: boating, waterskiing, riding wave runners on the pond with his pit bulls, Shai and Tyson (a gentle breed like himself), four wheeling, stock car racing, skiing, competition ski jumping, fishing, traveling, watching football as an arm chair coach, an avid NASCAR fan, mowing lawn with his zero-turn mower, working with the skidster (Bobbie), BMX racing and being a corner judge at national BMX events, and traveling the country with his son—a professional bicycle racer. He played a major part in the development of the BMX track in Oshkosh. Tom was the BMX State Champion at the age 50.

He is survived by his wife, Sandy; his four children; seven grandchildren; and four great grandchildren: Craig Lyle Weborg and his twin daughters, Megan and Haley Weborg, Appleton; Daren Christopher Weborg and his children, Leah Weborg-Kohl and her husband Jesse Kohl and great granddaughters Vivian and Violet of Appleton; Katie Weborg and great grandson Elijah of North Carolina; Sara Weborg and great granddaughter Helena of Appleton; Kris Weborg and his wife Liz and grandson Andrew, of Menasha; Ryann Goodrich and his wife Kelly and grandson Gabriel of Chilton. Tom is further survived by his three brothers, John (Lucy) Weborg, Minnesota; David (Elsa) Weborg, Gills Rock; and his twin brother Lynn Timothy “Tim” (Charlene) Weborg of Gills Rock. He was preceded in death by his parents and his baby sister Jean.

Memorial services will be at 2:00 p.m. on Saturday, November 22, 2014, at CHRIST THE ROCK, W6254 Highway 10-114, Menasha, with Pastor John Slotten officiating. Friends may call directly at the church on Saturday from NOON until the time of services.

There will also be a memorial service on at 11:00 a.m. on MONDAY, November 24, 2014 at BETHEL BAPTIST CHURCH, 852 Europe Bay Road, Ellison Bay, Wisconsin, with Pastor Joel Rose officiating. Friends and family may call directly at Bethel Baptist Church on Monday from 10:00 a.m. until the time of services.

Tom's family would like to thank all the caregivers at Cherry Meadows, his physicians, friends and family for their help and concern in his time of need. Online condolences may be offered at www.wichmannfargo.com