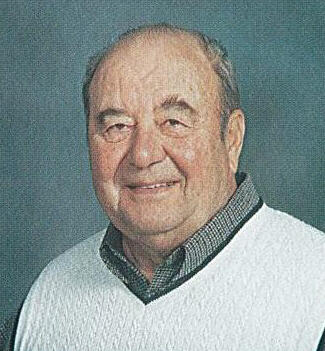 Lyle H. Casanova, 82, of Appleton, passed away on Monday, April 12, 2010 at Appleton Medical Center. He was born on November 30, 1927 in Merrill, Wisconsin, the son of the late Joseph and Lydia (Belling) Casanova. On May 3, 1947 he married Betty Hougum at St. Paul's Lutheran Church, Stevens Point. He served his country in the U.S. Navy. Lyle was employed at Wisconsin Bell and retired from AT & T. He was a member of the Pioneers, Johnston-Blessman Post #38 – American Legion and Harvey Pierre Post #2778 – Veterans of Foreign Wars. Lyle enjoyed playing cards, traveling, golfing and being a “handy man”. Lyle was very organized and his famous saying, “There is a place for everything and everything in its place”, was heard by many. He was a camera fanatic and was the family photographer and organizer of many photo opportunities.

The funeral service for Lyle will be held at 10:30 am on Saturday, April 17, 2010 at PRINCE OF PEACE LUTHERAN CHURCH, 2330 E. Calumet Street, Appleton. Rev. Gary Nokleberg and Rev. Roger McQuistion will be officiating. Interment will take place at Merrill Memorial Park, Merrill, Wisconsin. The visitation will be held on Friday at the Wichmann Funeral Home from 5:00 pm until 7:00 pm and again at the church on Saturday from 9:30 am until the time of service. In lieu of flowers, memorials to Prince of Peace Lutheran Church are appreciated.