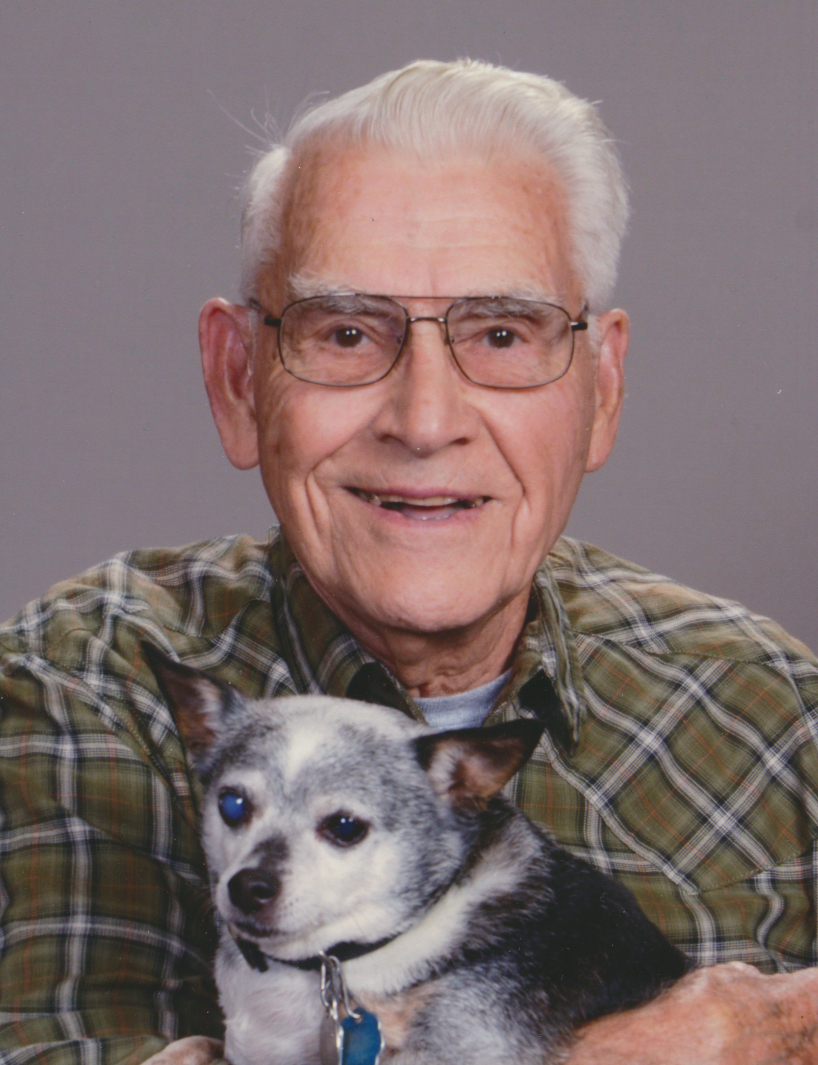 Lyle E. Whitman, age 95 of Appleton, passed away at Rennes Health and Rehab Center on November 12, 2021.  Lyle was born in New London on August 4, 1926, son of the late Arthur and Mary (Shaw) Whitman.  He married Shirley McCrory in 1944 at. St. Joseph Church in Appleton; Shirley preceded him in death.

First and foremost, Lyle “Ed” Whitman was a family man who proudly raised four sons during his marriage of more than seventy years.  Returning home from the Philippines after service in WWII, he worked a variety of jobs in the Appleton area.  Following several years of employment at Leath Furniture, Lyle managed the furniture department of Gambles Department Store in the historic Valley Fair Mall.  More than 30 years ago, he retired from Mrs. Karl’s/Interstate Bakeries as a route man.  Lyle enjoyed travel, cards, woodworking and gardening.  His workshop projects ranged from home remodeling, to arts and crafts, to birdhouse design and construction. Eventually, his yard became a tribute to Birds and Blooms, one of his favorite magazines, as his backyard garden evolved from vegetables to flowers. Even in late life, Lyle did all he could to remain fit.  He regularly walked with his wife, Shirley, who passed in 2014, and later, with his tri-color Chihuahua, Teddie.  He became a grandfather figure, not only to his ten grandchildren and nine great-grandchildren, but to many of his fellow residents on Seymour Street.  He was a good neighbor and was blessed with many in return.

The funeral liturgy for Lyle will be held at 11:00 AM on Thursday, November 18, 2021, at Sacred Heart Catholic Church, located at 222 E. Fremont Street with Fr. John Katamba officiating.  Military rites will follow, and interment will be in Riverside Cemetery.  Family and friends may call directly at the church on Thursday morning from 9:00 AM until the time of the service at 11:00 AM.   For those unable to attend, the mass will be livestreamed, with a link available at this page the morning of the funeral.