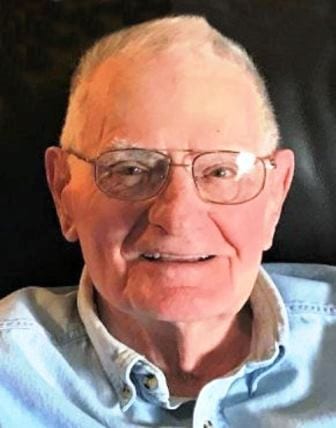 Lyle Antone Wieck, age 93, fell asleep in the arms of Jesus on Thursday, November 18, at The Landings of Kaukauna.

Lyle was born on September 25, 1927 in the town of Seneca, Shawano County, Wisconsin to the late Herman and Viola (Schrieber) Wieck. He was a 1946 graduate of Shawano High School. On September 28, 1946, he enlisted in the United States Army and served in Korea.

He was preceded in death by his wife, Lois; his parents, Herman and Viola Wieck; his siblings, Gordon (Joyce) Wieck and Geraldine (Clarence) Korth.

Funeral Services for Lyle will be held at 11 a.m. on Tuesday, November 24, 2020 at Good Shepherd Lutheran Church 2220 E. College Ave, Appleton, WI, with Pastor Timothy Seabaugh officiating. Visitation will be held at the church from 10 a.m. until the time of service. Burial will be at the Woodlawn Cemetery in Shawano, Wisconsin at 1:30 p.m. following the service. The funeral service will be recorded by the family and can be received upon request.

We wish to thank the staff at The Landings of Kaukauna for caring for Lyle.

Please leave a special message or condolences for Lyle’s family below.