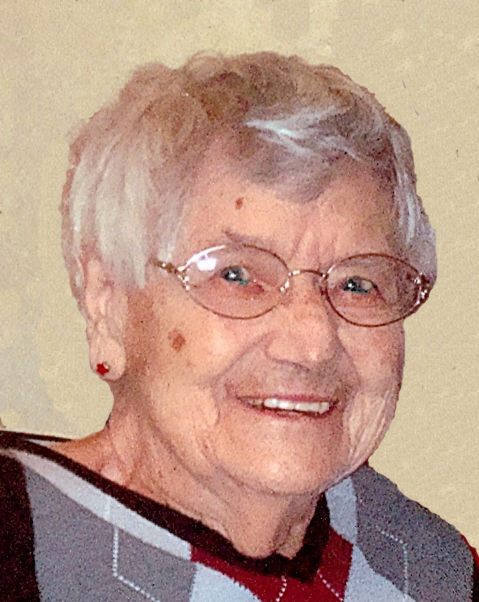 Luella M. Van Vonderen, age 93, of the Canal Place in Kaukauna, surrounded by all her children passed away at Appleton Medical Center on Christmas Day. She was born on April 16, 1919 in New London, the daughter of the late Edward and Amelia (Wood) Petit. On August 27, 1941, she married Joseph Van Vonderen at Most Precious Blood in New London. Luella was a member of Holy Cross Catholic Church, Hobby Club, Golden Agers, Electric City Post #3319 VFW Auxiliary, and Knights of Columbus Ladies. She was an avid sheepshead player.

The funeral liturgy for Luella will be held at 11:00 am on Friday, December 28, 2012 at Holy Cross Catholic Church, 309 Desnoyer Street, Kaukauna. Fr. Tom Pomeroy will be officiating. A visitation will be held Friday at the church from 9:00 am until the time of mass. In lieu of flowers, a memorial fund has been established in her name. Online condolences can be expressed at www.wichmannfargo.com.