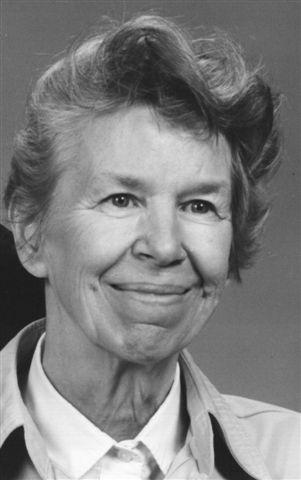 On Saturday December 11, 2010, our Mom and Grandmother, at the age of 84, passed into God's loving arms. She was born in the Town of Harrison on April 24, 1926 one of twelve children of the late Otto and Louise Lau.

On April 10, 1948, at St Margaret Mary Catholic Church in Neenah, she married Walter Preissner and they were blessed to spend 51 years with each other until Walter passed away in 2000. Together, they raised six children in their Sherwood home.

Lucille had an interest in gardening and it was not uncommon to find her picking strawberries or raspberries even on the hottest summer days. The real joys of her life were her children and grandchildren who she enjoyed spending time with and going out to eat with especially if it involved eating something sweet. Lucille was also a devout Catholic and even on the worst winter storms could be found at mass at Sacred Heart Catholic Church in Sherwood where she was a long time member.

The Funeral Liturgy will be held on Wednesday, December 15, 2010 at 11:30 at SACRED HEART CATHOLIC CHURCH (N 341 Military Rd. Sherwood) with Fr. Philip Dinh-Van-Thiep officiating. Visitation will be held on Wednesday, December 15, 2010 from 10:00 AM until the time of services at the church. Burial will be in the Parish Cemetery.

The family would like to thank the staff at St Paul's Home in Kaukauna for the care they gave our Mom during her stay there and a special thank you to them for the kindness they showed to her and the family during her last days.