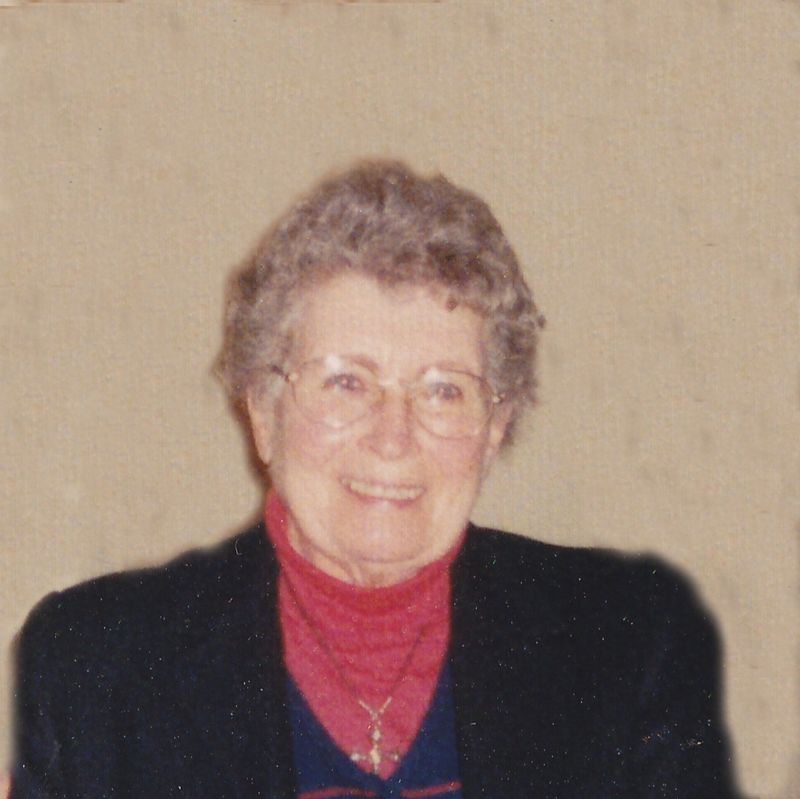 Lucille Timmers, age 90, of Kimberly, passed away on Saturday, February 2, 2013 surrounded by her family. She was the second oldest of eight children, was born to the late Bernard and Stella (Tryba) Rekoske on May 16, 1922. She graduated from St. Francis High School, St. Norbert College, and earned a Master's degree from Marquette University. Lucille had been a Sister of St. Francis of Bay Settlement, and she taught in several schools in the Green Bay area. After leaving the sisterhood, she worked for the government in Riverside, California, assisting high school dropouts. In 1971, she married Bernard Timmers, and they moved to Chicago, where she was a specialist in Special Education. Lucille worked in the teaching profession for forty years, and after retirement, she and her husband moved to Hemet, California. In 2001, they moved back to Wisconsin.
Lucy is survived by her sisters-in-law: Kathleen Rekoske, Hemet, California; Odeen Rekoske, Dallas, Texas; Ginny Rekoske, South Milwaukee; Wilma (Martin) Wydeven, Kimberly; and Gerarda Eilers, The Netherlands; and her brother-in-law, Theo (Truss) Timmers, The Netherlands. She is further survived by many nieces, nephews, other relatives and friends.
Lucille was preceded in death by her beloved husband in 2004, her four brothers: Clarence (Margie), Jerry, Rudy, and DeLloyd Rekoske; her three sisters: Violet (Emil), Virginia (Robert), and Joanne (Fred).
The funeral liturgy for Lucille will be held at 11:00 a.m. on Saturday, February 9, 2013 at St. Paul Catholic Church, 410 E. Wallace Street, Combined Locks. Fr. Andrew Kysely and Fr. Bob Vandenberg will be officiating. Burial will take place at the parish cemetery. A time of visitation and support will be held at the church on Saturday from 9:00 a.m. until the time of mass. In lieu of flowers, a memorial fund has been established. Online condolences can be offered at www.wichmannfargo.com.
The family would like to express their sincere appreciation to all the caregivers at St. Paul Elder Services and Hospice Care for their excellent care. Special thanks to all the extended family, neighbors, and friends, who were so helpful to Lucy.