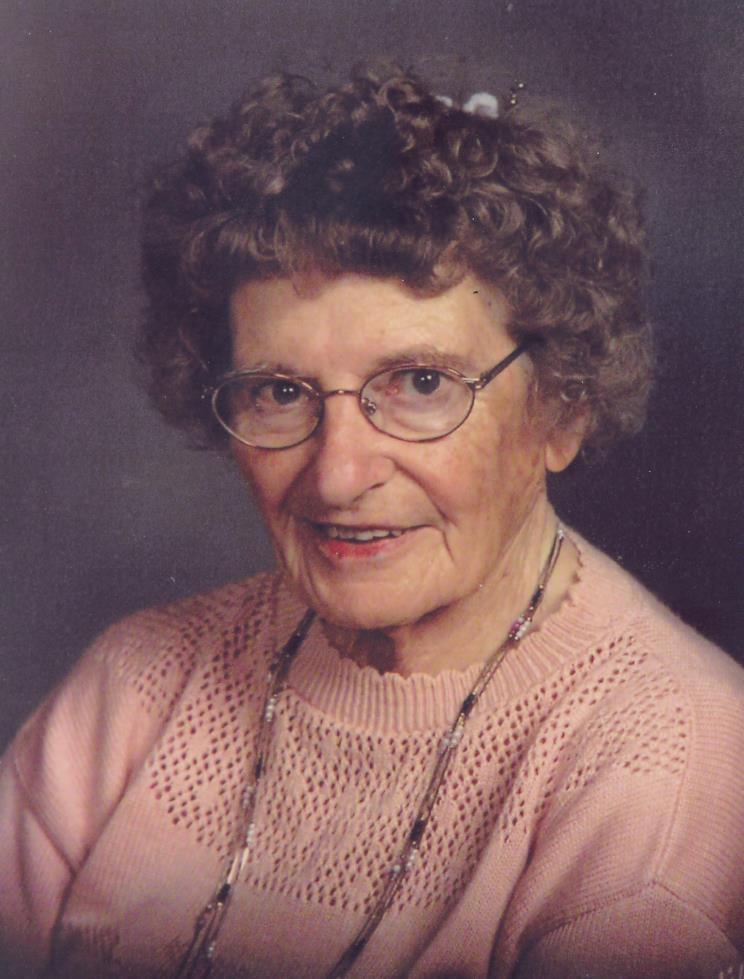 Lucille “Lou” Caroline Endter, age 96 of Appleton, was born to eternal life on March 24, 2016, surrounded by her loving family. Lou, the second of six children was born on June 20, 1919, to the late Carl and Mary (Young) Ulmen. Lou, who was a graduate of Appleton High School, married her highschool sweetheart, Howard G. Endter, on October 18, 1941. Together they raised four children. In addition to being a wife and mother Lou worked at Tuttle Press, Scoldy-Lox Hairpin factory and Prange's department store.

The Endter and Ulmen families enjoyed countless hours of playing Sheepshead and quibbling over who laid down the worst hand of cards! Lou's siblings and their families spent many years “Up North” in Oconto County enjoying campfires, telling stories, playing rounds of charades and scaring the grandchildren with flashlights on night walks to the lake. Lou's siblings and their families were blessed to enjoy each other's company, spending many happy hours together.

Lou enjoyed the simple things in life. She liked to travel and see new things, but was just as happy to relax in her breezeway or back yard swing visiting with family. After losing her husband, Lou learned to drive, thanks to her younger sister, Evie. She was often heard to enthusiastically say, “Let's put a little gas in the car and, Go!”

She was preceded in death by her parents, her husband Howard, their young son Donald, “Donnie” Endter, her siblings and their spouses: Dorothy (Lawrence) Kugler, Carlton (Cora) Ulmen, Alice (Herbert) Smith, Evelyn Westgor and Floyd Ulmen.

Visitation will be held Wednesday, March 30, 2016 at 9:30 AM at St. Bernadette Parish, 2331 East Lourdes Drive, Appleton, WI, followed by a funeral Mass beginning at 11:30 AM. Interment will be at St. Joseph Cemetery in Appleton, WI. For more information or to express condolences, please visit www.wichmannfargo.com.

The family would like to express sincere gratitude to the attentive and warm-hearted staff members at Brewster Village in Appleton, WI.