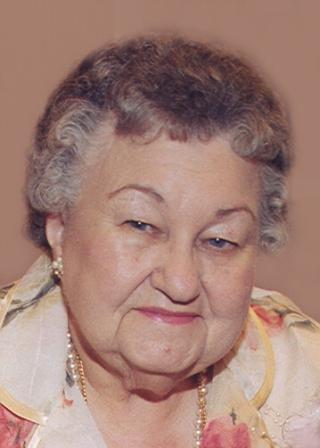 Lucille C. Riley, age 84, of Appleton passed away Wednesday, August 27, 2008. She was born April 13, 1924, to the late Phillip and Alexia (Werner) Kurey, in Mackville and had been an area resident all of her life. Lucille married Thomas J. Riley on October 21, 1947; he preceded her in death on August 16, 1991. She was a member of St. Thomas More Catholic Church. She is survived by four children, Kathleen Endres, Appleton; Susann (Peter) Vander Wielen, Appleton; Nicholas Riley and his special friend, Gala Van Nuland, Shiocton; Michael Riley, Sheboygan; four grandchildren, Wendy Endres (Bob Van Dalan), Renee (Eric) Schmidt, Daniel (Kerry) Vander Wielen, Amy (Richard Burnside; seven great grandchildren, April Endres (Nick Neta), Sebastian Endres (Brittany Dyer), Alex, Anna and Cole Vander Wielen, Aubrie and Maddalyn Burnside; and soon a great great granddaughter; three sisters-in-law, Elaine Kurey, Mickey (Ed) Milbach and Evie Riley; many nieces and nephews. Besides her husband and parents, Lucille was preceded in death by two brothers, LeRoy and Lawrence Kurey, a sister, Lorraine Bender and three brothers-in-law, Matthew and William Riley and Lawrence Bender. The funeral liturgy for Lucille will be held at 11:00 am, Saturday, August 30, 2008, at ST. THOMAS MORE CATHOLIC CHURCH, 1810 North McDonald Street, with Father Gerald R. Falk officiating. Entombment will be in St. Joseph Cemetery. Friends may call at the church on Saturday, from 9:00 am until the time of the mass. A memorial fund is being established.