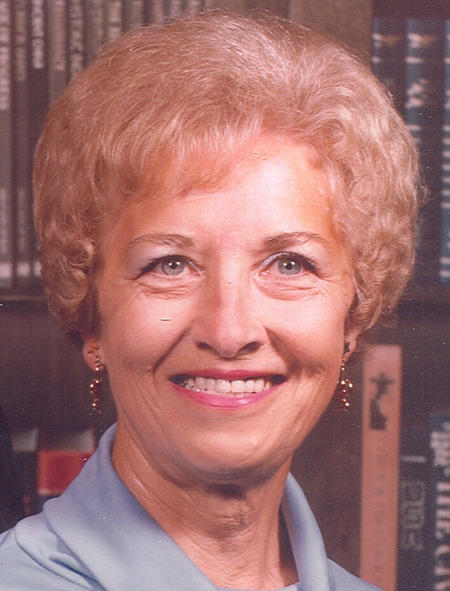 Lucille A. Hopfensperger, found peace in God's arms on January 15, 2009. Born on June 4, 1914 to Reinhold and Augusta Krabbe, Lucille was a lifelong resident of Appleton. Following graduation, she started working at Hopfensperger Bros. Inc. where she met and fell in love with Andrew Hopfensperger. They married on December 7, 1942 and shared forty six years until his death on May 18, 1989.

She was an avid bridge player. Lucille enjoyed traveling to Europe, Mexico, Florida, and other destinations in the United States. She loved frequent trips to the north woods where she went deer hunting with her family. Her shooting accuracy earned her the nickname of “One Shot Lucy”.

Lucille was preceded in death by her parents, her beloved husband Andrew, brothers Clarence, Ralph, Alvin, and Les Krabbe, her sister Dorothy Myre, several nephews and a niece.

The visitation will be held on Wednesday, January 21, 2009 at TRINITY LUTHERAN CHURCH, 209 S. Allen Street, Appleton from 10:00 until the time of service at 12:00 noon. The Revs. Kurt and Mary Beth Kovanen will be officiating. Burial at Highland Memorial Park. A memorial fund has been established.