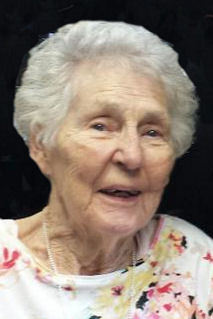 Lu and Larry spent many happy retirement years in Lake Placid, Florida. She moved back to Appleton after his death to be close to family.
Lu is survived by 14 children: Sons, Harold (Nancy), Craig (Pat), Mike (Allison), Allen (Janet), Glenn (Debbie), Ron, Bill (Kris), John (Lisa), James (Kristin), and Bruce. Daughters, Susan Robenolt, Nina (Dave) Ring, Betty (Jerry Zimmerman) and Mary Lindner; many grandchildren and great-grandchildren, nieces and nephews. She is also survived by her sister, Betty Stebane and brother, Joe Jr.
Lu was preceded in death by her parents, husband, a daughter, Barbara, four brothers and two sisters.
The funeral liturgy for Luciel will be held on Monday, January 12, 2015 at 11:30 AM at St. Pius X Catholic Church, 500 W. Marquette St. with Rev. William Van Dynhoven officiating. A time of visitation will be held on Monday from 9:30 AM until the time of the mass. In lieu of flowers, a memorial fund has been established. The family would like to express their gratitude to the entire staffs at Appleton Medical Center and Appleton Retirement Community.