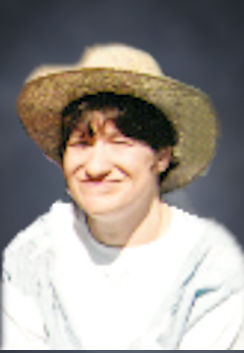 LuAnn Aspen, age 55, went to be with the angels on Thanksgiving Day – November 28, 2019, at Clarity Care in Oshkosh. She is in heaven today, walking and talking, eating and drinking, and visiting with friends and family. LuAnn was born May 15, 1964 in Appleton. She was born with cerebral palsy, and given less than a week to live. However, she surprised everyone and lived a fairly productive life for fifty-five years.

She attended Highlands Elementary School in Appleton and graduated from Oshkosh West High School. LuAnn spent most of her adulthood residing in various institutions and group homes. She enjoyed participating in Special Olympics and won many ribbons for her wheel chair races and swimming. She also enjoyed playing cribbage and Uno with her many friends at daycare. LuAnn loved the holidays and she was an encouragement to everyone around her. The highlights of her life were being a bridesmaid for the weddings of her sisters Linda and Joan. Luann enjoyed the annual Cerebral Palsy Telethon, and was on television once with them.

Funeral services for Luann will be held at 12:00 PM on Saturday, December 7, 2019 at the Wichmann Funeral Home, located at 537 N. Superior Street in Appleton. Revs. Michael Goodwin, Joan Macha, and Rick Kucha will preside. Family members and friends are invited to gather at the funeral home on Saturday from 10:00 AM until the time of the service. Burial will take place at Riverside Cemetery.