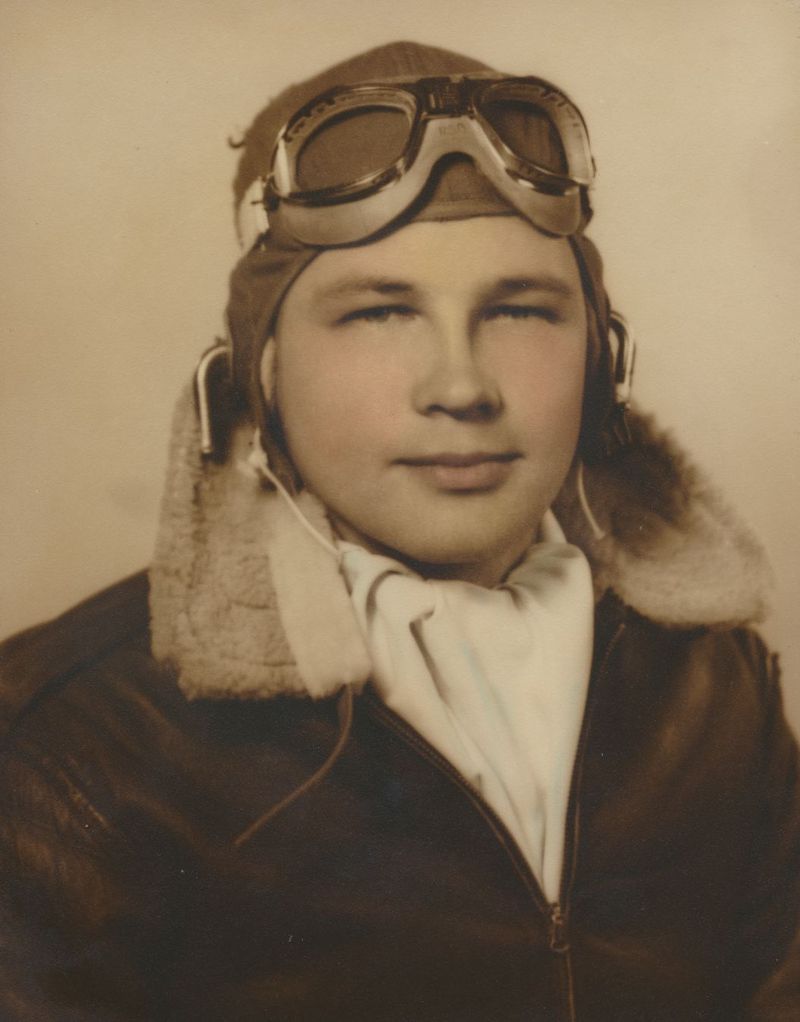 Lt. Col. Edward G. De Roche (Ret.), age 94 of Appleton, passed away peacefully on Tuesday, December 4, 2012. He was born on December 29, 1917 to the late Henry and Tekla De Roche in Two Rivers, WI. He later graduated from Washington High School in Manitowoc in 1936. Ed married the love of his life, Annella Flanagan, on June 28, 1941 and spent sixty-six wonderful years together. From 1943 to 1945, Ed proudly served in the U.S. Air Force during WWII. During this time, he was awarded a European Branch Medal and a Good Conduct Medal while flying DC-3 airplanes. Upon leaving active duty, Ed became a licensed insurance agent and worked for State Farm Insurance for thirty-seven years. Ed was a parishioner at St. Pius X Catholic Church for many years and also belonged to the Knights of Columbus, American Legion, Breakfast Optimist Club, Friendship 10 Investment Group, Senior Golf League, Appleton Bridge Association, Tophatters Dance Club, and Merry Makers Dance Club. Ed was also a member at the YMCA for over forty years and swam over 5,000 miles of which he is very proud. Additionally, Ed and Annella enjoyed weekends golfing in Door County and traveling throughout the southern United States.

Funeral liturgy for Ed will be at 11:30 AM on Friday, December 7, 2012 at ST. PIUS X CATHOLIC CHURCH, 500 W. Marquette St., with Fr. James Walling officiating services. Visitation will be held at church from 10:30 AM until the time of service. In lieu of flowers, a memorial fund had been established in Ed's name. Online condolences may be expressed at www.wichmannfargo.com.