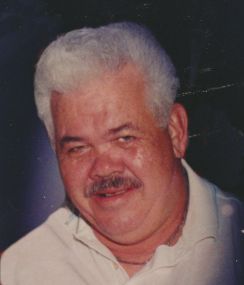 Lowell “Skeet” Franklin Skeens, age 69, passed away peacefully on Monday, March 16, 2015 at his home with his family by his side. Lowell was born on January 21, 1946, in Alton, Illinois, son of the late Lowell W. and Vera (Patton) Skeens. He graduated from Jerseyville High School in 1964. After graduating, he began his 22 years career in the military, serving four years in the United States Navy, then serving in the Army National Guard, retiring in 1986. During his service to our country, he also worked at Banta as a mill wright. He retired from Banta after 32 years of service in 2003. On April 9, 1966, Lowell married the love of his life and soulmate, Sharon Hirnschall. They shared 48 wonderful years of marriage and raised their pride and joy, Michael. Michael passed in 2013.
Lowell was a member of several organizations in the Fox Valley including the Masons, American Legion 38, Beja Shriners, the Scottish Rite and the Moose Lodge. He also enjoyed being outdoors; whether it be on his hobby farm in Irma, hunting, camping or four wheeling. Lowell liked to watch the Green Bay Packers, Nascar and stock car racing, even collecting Nascar memorabilia. He also loved to take trips with Sharon cross country to visit family and they loved to ride his gold wing motorcycle. Above all, he deeply loved his family, including his dog Prince.
Lowell is survived by his wife Sharon and their granddaughter Brandi Rose Skeens. He will also be missed by many nieces, nephews, other relatives and friends. He was preceded in death by his parents and his cherished son Michael.
The funeral service for Lowell will be held at 11:00 a.m. on Friday, March 20, 2015, at FAITH LUTHERAN CHURCH, 601 E Glendale Ave. Appleton. A time of visitation will be held from 4:00 p.m. until 7:00 p.m. on Thursday, March 19, 2015, at the WICHMANN FUNERAL HOME, 537 N. Superior St. Appleton, and again on Friday at the CHURCH from 10:00 a.m. until the time of service. A memorial fund in Lowell's name has been established. Online condolences may be expressed at www.wichmannfargo.com.
The Skeens family would like to thank Heartland Hospice, as well as Manor Care for all their kindness and support.