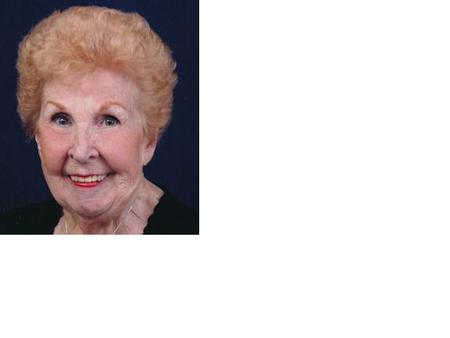 Louise Otis, age 87, passed away Monday evening, December 19, 2011 at the Hospice Residence at the Heritage. Louise was born in Manitowoc on August 17, 1924, daughter of the late Arthur and Antoinette (Pilon) Gleichner. She married Delmar “Bud” Otis in Manitowoc on July 14, 1945; he preceded her in death in 1997 after fifty-two years of marriage. Louise was a graduate of the Manitowoc Lincoln High School, and also attended nursing school for two years. As a young woman, she worked as an LPN until she became a stay-at –home mother. After her children were in school, she began work again as a receptionist for a local surgeon and dentist. Louise loved to play cards, and had been in the “60 Club” since 1951. She and her friends passed the time with cribbage, sheephead, even poker. For many years she volunteered in the gift shop at St. Elizabeth Hospital, at the Convention and Visitors Bureau, the EAA, and at Appleton and Kimberly polling locations. Louise was also the very first Mrs. Santa Claus to appear in the Appleton Christmas Parade. Louise loved to sing, and sang competitively with the “Harmonettes”, an award winning local sextet; she also enjoyed singing with the St. Bernadette Church Choir.

The funeral liturgy for Louise will be held at 11:00 AM on Friday, December 23, 2011 at ST. BERNADETTE CATHOLIC CHURCH, 2331 E. Lourdes Drive in Appleton, with Fr. Donald Zuleger officiating. Interment will be in Highland Memorial Park. Friends may call at the Wichmann Funeral Home in Appleton on Thursday from 4:00 PM until the time of a parish prayer service at 8:00 PM, and again at the church on Friday morning after 10:00 AM. In lieu of flowers, a memorial fund is being established.

The family would like to thank the many special people who cared for mom during her lengthy illness. They include everyone in ICU and 2S at St. Elizabeth Hospital, Cherry Meadows, and the Hospice Residence at the Heritage. We will never forget your kindness.

Louise was a loving and devoted wife, mother, grandmother and great-grandmother. Through her illness, she never lost her zest for life. Even when she lost the ability to communicate with her voice, she was always sure the children knew she loved them.

Mrs. Claus, enjoy being home for the holidays. We love you.