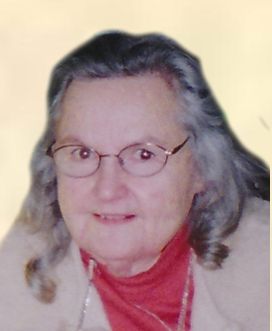 Louise Dworatschek, age 91 of Appleton, passed away on Tuesday, September 22, 2015 at The Waterford at Oshkosh. Louise was born in Maywood, Illinois, on April 25, 1924, daughter of the late Lowell and Mary (Jennings) Rush. She attended schools in Illinois, and while working as a secretary in Palatine, met her future husband, a teacher named Stephen Dworatschek. An opportunity for employment brought the couple to Appleton, where Steve continued to teach and Louise dabbled in real estate. Eventually, they realized their true joy was antiquing, and they opened The Cottage on Mason Street in Appleton. They also enjoyed traveling around the country, pursuing the antique way of life. Louise was fiercely proud of her collection of small clocks. The couple also enjoyed maintaining what they lovingly called “the museum”, their own collection of antiques which they allowed the public to visit.

Louise is survived by her husband: Stephen Dworatschek, now of Oshkosh; her three children: Edward, Jeanette, and Margaret, and their families; and a sister: Eleanor. She was preceded in death by her parents and a brother, Lowell Rush, Jr.

A funeral service for Louise will be held at 2:00 PM on Tuesday, September 29, 2015 at the Wichmann Funeral Home, 537 N. Superior Street in Appleton. Friends are welcome to gather at the funeral home on Tuesday afternoon from 12:00 Noon until the time of the service. For more information or to share a memory, please visit www.wichmannfargo.com.

Thank you to the many caregivers at The Waterford for the wonderful care that Louise received, and to the nurses from Heartland Hospice for making her final days more comfortable. Your kindness will always be remembered.