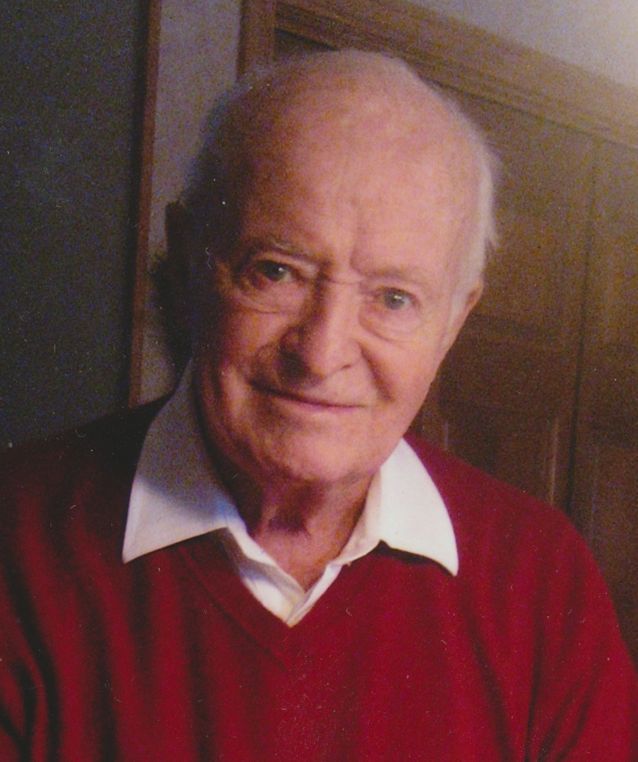 Louis C. Martin, beloved husband, father, grandfather and great-grandfather, passed away peacefully on his 70th wedding anniversary, August 25, 2015 at age 92. Born on January 23, 1923 in Green Bay, Wisconsin to Carl F. Martin and Stephanie LaTour, Louie was a decorated World War II veteran, flying more than 188 combat missions as a P-40 pilot in the South Pacific. Wounded in combat, he was awarded the Purple Heart, Air Medal with 5 Oak Leaf Clusters, and the Distinguished Flying Cross.

After returning from the war, Louie married the love of his life, Kathleen J. Cyr on August 25, 1945, with whom he would spend 70 years happily married and in love. Louie built a successful insurance agency while raising three children in Green Bay. He was known as the “activities director” for his family and friends, enjoying boating, fishing, camping, swimming, playing handball and being with his kids and later grandkids. Louie was a lifelong Packer fan and enjoyed sharing his enthusiasm for the Packers with his family.

The memorial service for Louis will be held on Sunday, October 4, 2015 at 2:00 PM at TRINITY LUTHERAN CHURCH, 209 S. Allen St., with his son-in-law Rev. Dennis Ellisen officiating. A time of visitation will be held on Sunday from 1:00 PM until the time of the service at the church.
In lieu of flowers memorials in Louie's name will benefit military aviators and their families, and diabetes research.