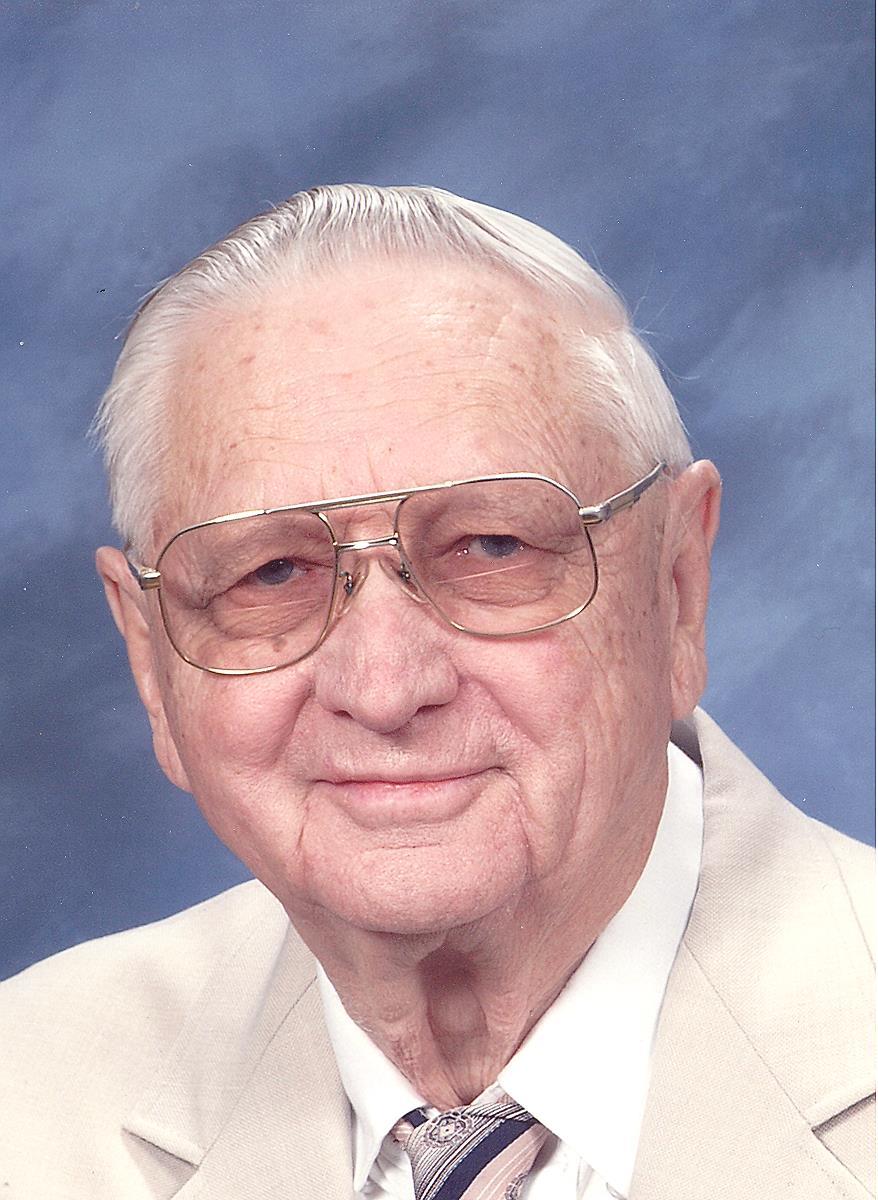 Louis Eugene (Gene) Wingert was born February 3, 1924 in a little house on the prairie just north of Kimball, South Dakota. He attended a little one room school house. In 1941 Gene graduated from Kimball High School and went to study at the School of Mines and Technology in Rapid City. He graduated in 1944 with a degree in Chemical Engineering.

Upon graduation he enlisted in the U.S. Navy. He served his country as an Electronics Technicians Mate, Petty Officer Third Class. He was assigned to an LST ship on Tokyo Bay as part of the WW ll Occupation Forces.

Upon completion of his service, Gene worked for Deere and Company and then US Gypsum. In 1952 he married Patricia Ann Darr. In 1954 he transferred to a new plant in Montreal. In 1957 he worked for 3M in St. Paul, MN where he and his family lived. Later he worked for Kimberly Clark and Albany International. He worked in research and holds three patents.

Gene was a wonderful father to his three children. He was also a fun and loving grandfather to his eight grandchildren. He enjoyed entertaining family and friends by playing the harmonica, cooking cowboy breakfasts, and fixing and building things.
Gene's hobbies include woodworking, metalworking, inventing things, collecting Indian relics, traveling, flying kites and reading.

Gene has remarked that he has progressed from burning cow chips in the 1930's in South Dakota to using microchips in the computer.

Friends may call at Wichmann Funeral Home, Tri-County Location on Tuesday, January 6, 2015 from 1:00 pm to 6:30 pm. A Service will be held at the funeral home on Tuesday at 3:30 pm. For more information and to express condolences, please visit www.wichmannfargo.com.

At the family's request in Gene's honor, please wear bright, cheerful colors. No formality needed.
Gene was very giving with his donations of blood. In lieu of flowers and other expressions of sympathy, the family asks that you take a moment to give blood. A memorial fund has also been established with donations being used to help fund Old Glory Honor Flights for other veterans.