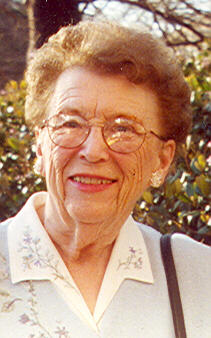 Lorraine Panzer-Kaplan, age 91, of Appleton, entered Eternal Life on September 20, 2011, at The Heritage, Appleton, surrounded by her family. Lorraine will always be remembered as a lady of dignity, compassion, and grace. She was born on November 10, 1919, in Marshfield, Wisconsin, to the late Joseph and Marie (Kille) Bauer. Lorraine was employed by Massachusetts Mutual Insurance Company for over 25 years, beginning her career as a secretary and retiring in 1985 as the office manager. She was a hospice volunteer for several years. Lorraine cofounded a social group called Rainbows. She was a member of the Adagio Dance Club and competed in Ballroom Dance competitions around the country, winning many awards. She retired from dancing in 2008 due to her declining health. Survivors include her children, Sharon Panzer; Jim (Debbie) Panzer; Dr. Fred (Sandy) Panzer; and Dr. Michael (Elizabeth) Panzer; her grandchildren, Christopher (Olga) Michalak, Ricky (Lacretia) Panzer and Randy (Bridgett) Panzer; Johanna and Gretchen Panzer; Alyssa and Michelle Panzer; and Ryan, Mari, and Sam Panzer; her great grandchildren, Ariana Michalak, Jada Panzer, Teag Panzer, Gage Panzer, Revel Panzer, Namara Panzer, Elseana Panzer and Zias Panzer; and her sisters-in-law, Peg Bauer and Agnes Bauer. She was preceded in death by her husbands: Louis Dillinger, who was killed in 1944 in the Pacific during World War II; Leon Panzer, who died in 1984; and Art Kaplan, who died in 1997; her son, Richard (Sandy); her granddaughter, Caroline; and her brothers John and Donnie. The family would like to acknowledge Lorraine's friends Vi Filz, Delila Nock, and her dear friends in dance, Terry Irwin and Bob McKenny. Funeral services will be at 11:00 a.m. on Thursday, September 22, 2011 at WICHMANN FUNERAL HOME, Appleton, with Chaplain Jordan Kuczwara officiating. Friends may call directly at the funeral home from 9:00 a.m. until the time of services. Interment will be in St. Joseph Cemetery, Appleton. A memorial has been established in Lorraine's name to benefit ThedaCare Hospice. The family would like to extend a sincere thank you to the staff at The Heritage and Heritage Woods, the staff of ThedaCare Hospice, and Dr. Jack Anderson and his staff for their loving care.

Lorraine holds a special place in the hearts of those who had the pleasure of knowing her. She personified the resilience of her generation. She was selfless and very appreciative. Lorraine overcame many obstacles and filled her life with friends, family, and much joy.