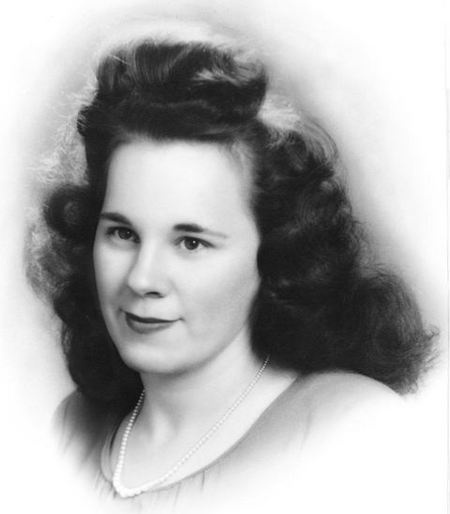 Lorraine Warnke, age 92, passed away at Grand Horizons in Appleton. Lorraine was born in Kimberly on March 9, 1920, daughter of the late Nicholas and Rose (Horn) Eckes. Lorraine was a graduate of the Appleton High School, and for many years worked until her retirement at Zwicker Knitting Mills. On September 27, 1947, she married Wendell Warnke; he preceded her in death in February of 2012. Everyone will remember Lorraine for being a meticulous housekeeper! In her younger years, she and Wendell enjoyed bowling.

Survivors include a sister: Helen Welsch of Appleton and a brother-in-law: Don DuChateau of Appleton. There are also several nieces and nephews and their families, as well as other relatives, and many friends. Lorraine was preceded in death by her parents, her husband in 2012, a brother Anthony (Margaret) Eckes, sisters Marie (Cletus) Lenz, Dolores DuChateau, and Florence (Alex) Oskey; and a brother-in-law Henry Welsch.

Funeral services for Lorraine will be held at 10:30 AM on Saturday, March 17, 2012 at Star of Hope Chapel at Appleton's Highland Memorial Park. Friends may call at the chapel on Saturday morning from 9:00 AM until the time of the service. Entombment will follow. In lieu of flowers, a memorial fund is being established.

The family would like to extend their thanks to the nurses and staff of Southern Care Hospice as well as to the loving and caring staff at Grand Horizons Assisted Living. We will never forget your kindness.