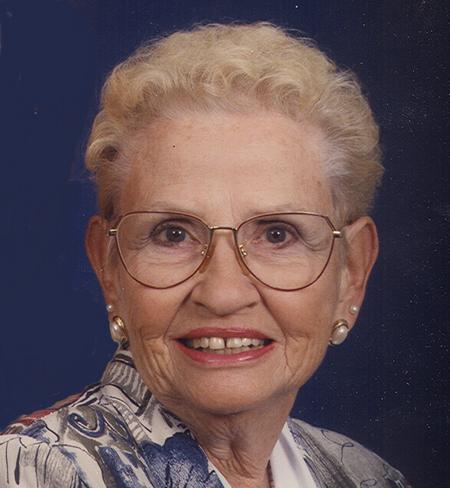 Age 82, passed away on Thursday morning, March 1, 2007 at Franciscan Care Center. She was born on December 17, 1924 in Neenah to the late Harry and Elizabeth (Belongia) Breaker. Lorraine graduated from Neenah High School, class of 1942. On November 11, 1944 she married John H. Resch in Long Beach, California, and they shared 62 wonderful years together. Lorraine was a bookkeeper for many years at Modern Business Machines, where she retired from in 1983. She was a faithful member of St. Pius X Catholic Church. Lorraine enjoyed bird-watching, especially Hummingbirds, traveling, and Wintering in Pompano Beach, Florida with her beloved Husband John.

Funeral Mass for Lorraine will be celebrated on Monday, March 5, 2007 at 11:30 A.M. at St. Pius X Catholic Church (500 West Marquette Street) with Father Brian Belongia officiating. Friends may call directly at church from 9:30 A.M. until the time of the mass. Interment will be in St. Margaret Cemetery, Neenah. In lieu of flowers, donations are appreciated to Alzheimer‚Äôs Research.