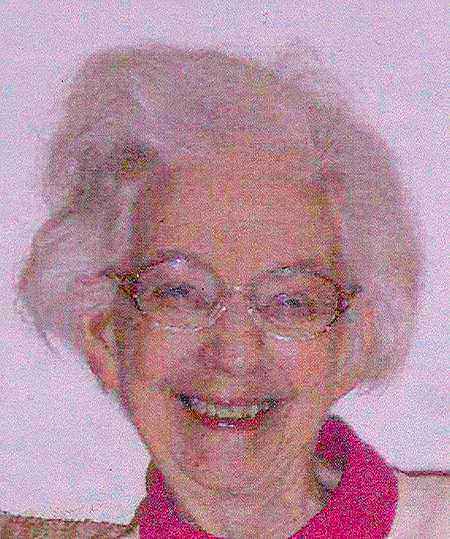 Age 84, died Sunday, January 14, 2007, at St. Elizabeth Hospital. Lorraine was born September 15, 1922 in Appleton, son of the late Anton and Hildegard (Laehn) Liesch. Lorraine was a 1940 Appleton High School graduate. Although she had been admitted to nursing school after high school, she was not able to attend due to her mother's
illness. She was married June 17, 1943, to Roy Noffke at the Zion Lutheran Church of Appleton. She raised three children and had several jobs outside the home. After the children were sent off to college she finally had her chance to go to nursing school, becoming an LPN at the age of 48. She worked as a nurse until heart troubles forced her retirement. She was an avid traveler and reader, which was a comfort to her after her health did not allow her to travel. She was a life-long member of the Zion Lutheran Church and she and Roy participated in many church groups and committees. She is survived by; a son, Roy A. (Jane) Noffke, Madison; two daughters, Louise Berryman (Mark Hodgson), Madison, and Susan E. Noffke (Robert Wickesberg), Urbana, Illinois; two grandchildren, Laura Wickesberg, New York City and Andrew Wickesberg, Miami, Florida; three sisters, Isabelle Mowrey, Racine; Joan (Donald) Kurtz, West Bend; and Carol (Jerome) VanDinter, Combined Locks; two sisters-in-law Margaret (Clyde) Schley, Forest Junction; and Jean Wydevan, Menasha; a brother-in-law, Ray Holschbach, Manitowoc; and by good friends Nancy Dalum, Tim Nichols and Tom and Phyllis Gamsky. Lorraine was preceded in death by her husband Roy after 54 years of marriage. A memorial service will be held Friday, January 19, 2007, at 11 a.m. from ZION LUTHERAN CHURCH, 912 N. Oneida St., Appleton, with the Rev. Larry Matthews officiating. Inurnment will be in Riverside Cemetery, Appleton. Friends may call at the church on Friday from 10 a.m. until the hour of service.