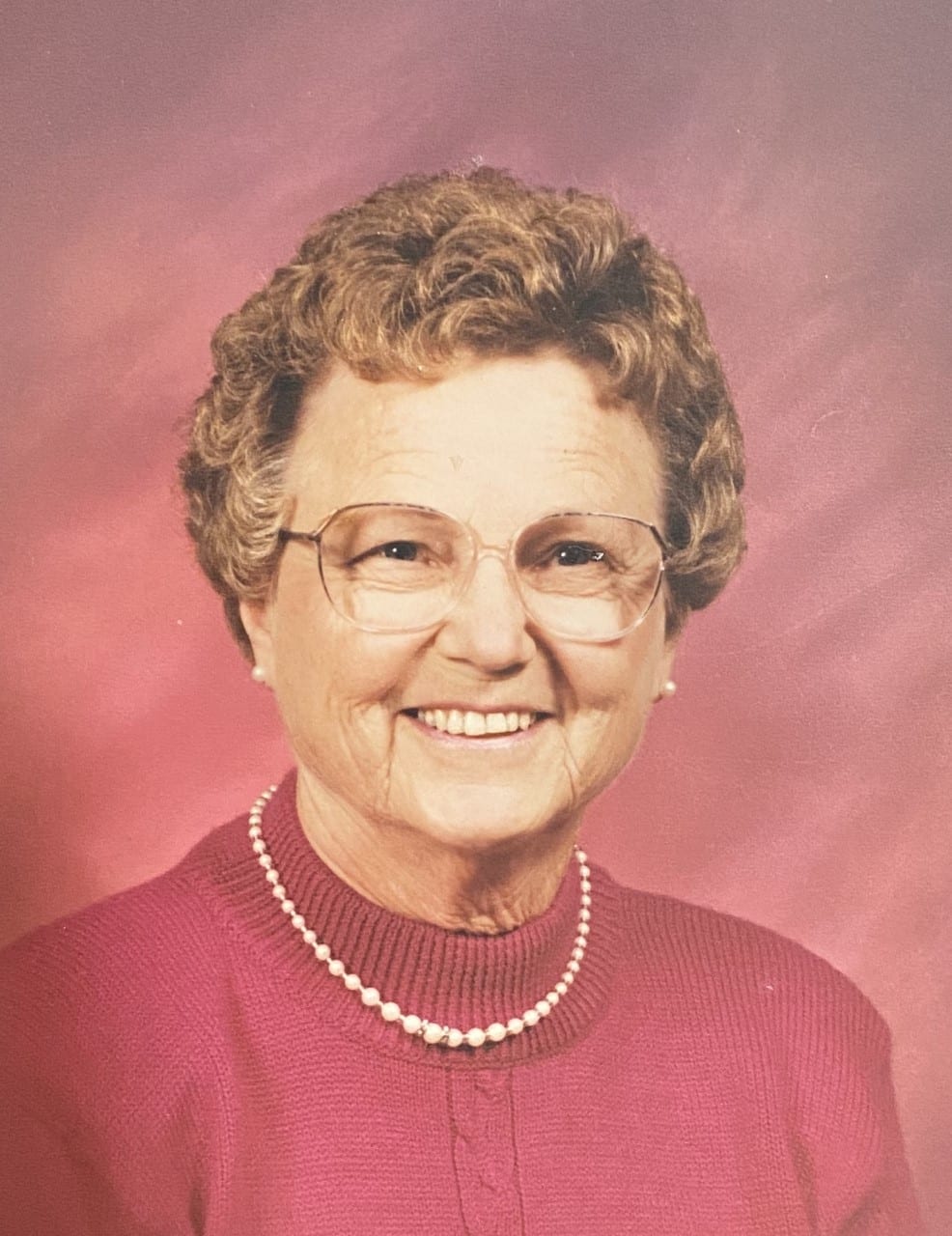 Lorraine Bernadine (Siebers) Stoeger, age 92, beloved wife, mother and grandmother joined her husband John in Heaven on October 16, 2020.  Lorraine was born on April 6, 1928, the daughter of the late John and Josephine (Green) Siebers.

On November 15, 1947, Lorraine was united in marriage to John C. Stoeger at St Mary’s Catholic Church, in Kaukauna.  They shared almost 50 years of marriage before John’s passing in February, 1997.  Lorraine worked at Zwicker Knitting Mills until she and John started a family.   The “Little House” on Foster Street in Appleton was their home until Gary and Mark were born and they outgrew the one-bedroom home.  They built their dream home on Verbrick Street in time to welcome Jean to the growing family.  Modest by today’s standards but “palatial” in the 1950’s, the brick ranch would serve as the Stoeger homestead for the next 50 years.

Lorraine was a fixture at many of her grandchildren’s sporting or social events and could always be found sitting in a group of people, sharing stories like they were long lost friends.  On the rides home, she always talked about the nice people she met that day and enjoyed the fact that her new friends were many times parents from the opposing teams.

Lorraine was a faithful member of Sacred Heart Parish, in Appleton.  She was a member of Christian Women’s and after daily mass could be found in the Sacred Heart Room stuffing bulletins, folding linens or any other volunteer work that would be needed.  If there was a job to do and someone to talk to, Lorraine was there.

The funeral mass will be held on Saturday, October 24, 2020 at Sacred Heart Catholic Church, 222 E Fremont Street, Appleton, the Reverend Jack Mullarkey officiating at 9:30 AM.  Visitation will occur before the mass from 8:30 AM – 9:30 AM. Wichmann Funeral Homes of Appleton is serving the family. For more information and to express condolences, please visit www.wichmannfuneralhomes.com. Burial will be at St. Joseph Cemetery of Appleton.

In lieu of flowers, we ask that you consider a donation in Lorraine’s name to the Fox Valley Humane Association or the Salvation Army Thanksgiving Meal campaign.  Better yet, consider volunteering at Brewster Village or go sit next to a person that is lonely or looks sad and brighten their day.

Our family would like to thank the staff at Brewster Village and Thedacare Hospice.  There are no words to aptly describe the impact you had on mother’s life the past 8 years and the support you have given our family.  You are not only heroes, you are Angels.