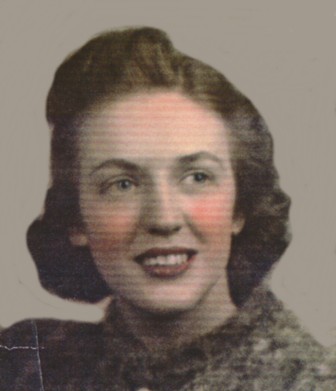 On March 29, 2012, our beloved mother, grandmother, and great-grandmother passed away peacefully with family at her side. Lorraine Blanche Hickstein was born to Frederick and Augusta (Nicholson) Hickstein on March 27, 1918, in Milwaukee, Wisconsin. She was the last of four children; the others have preceded her in death. Lorraine met her future husband, Leo, in Milwaukee during the depression years. They wed in 1942, and had a strong and loving marriage until Leo passed away in January of 1998. Job transfers brought them to Green Bay and after fifteen years to Appleton.

Lorraine was a talented individual with a multitude of gifts, one of which included the study of classical piano at the Milwaukee Conservatory of Music. She was an avid swimmer and skilled diver as a youth, spending summers at their Pewaukee Lake residence. Lorraine was also recruited to train as an Olympic platform diver. She was also very proud of her job as an executive secretary for the Milwaukee Gas Company in her early adult years. After moving to Appleton, she continued to work as a secretary for several insurance companies.

Lorraine began oil painting and pastels in her 40's and became an accomplished portrait painter. Her artistic skills carried over into other areas, such as traditional hand quilting and refinishing antique furniture. She was a gifted writer and published a number of nostalgic short stories in her retirement years. Her talent for playing piano was enjoyed by many residents of the Heritage Senior Living Retirement Home, where she lived for the last years of her life. More than Lorraine's many talents, what her family appreciated about her most of all was her generosity and love which she freely gave to everyone.

She will be greatly missed by both family and friends. Future family gathering will not be the same without her presence, wisdom and humor.

Sincere thanks to all of her caregivers, from Dr. Taleon and the Theda Care Hospice team to the Heritage CNA's, her “Little angels” who gave her tender, loving care both day and night.