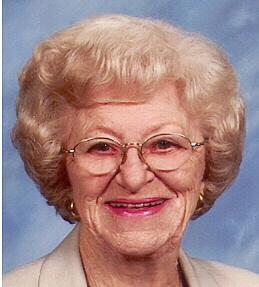 Lorraine A. Vogt, age 85, of Appleton, died Sunday morning, September 4, 2005, following a brief illness. She was born April 11, 1920, to the late Harry and Alma (Wendtland) Junge, in Appleton, where she was a resident all of her life. Lorraine attended Appleton Vocational School and Actual Business College, in Appleton. Lorraine married Gerhard H. Vogt on July 21, 1945, at First English Lutheran Church. She had been employed by Appleton Knitting Mills, Hagar Music and by Heid Music for 20 years retiring in 1982. Lorraine enjoyed collecting antique dolls and toys and played in a number of local bands. She was a lifetime member of First English Lutheran Church, where she was a member of the choir and bell choir and volunteered at local nursing home by playing the organ. She is survived by her daughter and son-in-law, Michelle and Walter Schmidt, New London; three grandchildren, Wendy (Peter) Lauer, Andrew (Abby) Schmidt and Timothy (Wendy) Schmidt; seven great grandchildren, April Paul, Dorea, Caleb and Eryka Lauer, Katelyn, Maddie, and Hailey Schmidt. She was preceded in death by her husband Gerhard H. Vogt, August 22, 1997 and her brother, Ralph Junge. A memorial service for Lorraine will be held at 6:00 pm, Wednesday, September 7, 2005, at FIRST ENGLISH LUTHERAN CHURCH, corner of Drew and North Streets, with Reverend David Lyle officiating. Entombment will be in Appleton Highland Memorial Park. Friends may call at the church from 4:00 pm, Wednesday, until the time of the service. A memorial fund is being established.