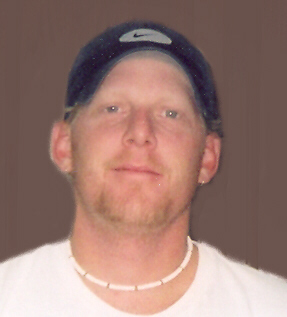 Loren E. Woitel, age 35, passed away at his home on Monday, December 21, 2009, following a courageous year and a half battle with cancer. Loren was born in Phoenix, Arizona on December 9, 1974, son of Nicholas and Teresa Rose (Kunderd) Woitel. Loren and Lisa were married at sunset on the sands of Cocoa Beach, Florida on July 25, 2007. Together, they shared the love of their young son, Chase. Loren worked as a siding installer for his own company, TVP Construction. He enjoyed time spent with friends and playing Frisbee golf. Most of all, his wife Lisa and son Chase meant everything to him.

Family and friends are invited to gather to celebrate Loren's life on Sunday afternoon from 2:00 PM until 5:00 PM at the Wichmann Funeral Home, 3212 S. Oneida Street in Menasha.