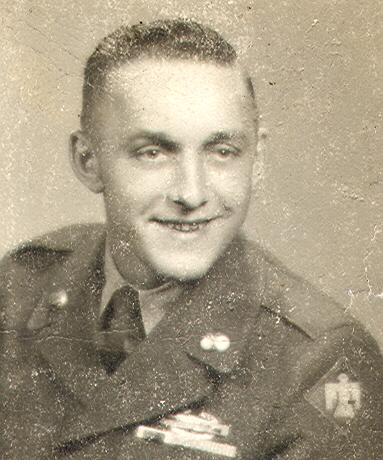 Lloyd E. Yandre, 82, passed away on February 20, 2011 at Appleton Medical Center. Lloyd was born on August 10, 1928 to Walter and Alma (Schroeder) Yandre in Appleton. Lloyd served twice with the U.S Army, once with occupation forces in Germany and was called back in to serve in the Korean conflict where he received the Combat Infantry Badge.

He married Barbara Krieglstein on January 16, 1960 at St. Paul‚Äôs Lutheran Church. He worked for Luebke Roofing for 40 years until his retirement, at which time he worked at Riverside Cemetery. Lloyd enjoyed hunting and fishing, especially the time spent at Pickerel Lake and in Canada. He was also and avid gardener and grew many tomatoes. Lloyd was a lifelong member of St. Paul Ev. Lutheran Church and a member of the Harvey Pierre VFW Post # 2778. Most of all Lloyd loved his children, grandchildren and great grandchildren.

A funeral service for Lloyd will be held on Thursday, February 24, 2010 at 11:00 AM at ST. PAUL EV. LUTHERAN CHURCH (302 North Morrison St.) with Rev. Kenneth L. Frey officiating. Interment will be at the Highland Memorial Park. Friends may call on Thursday from 10:00 AM until the time of services at the Church. Memorials may be made to ST. Paul Ev. Lutheran Church in Lloyd‚Äôs name. The family would like to thank Dr. Alaswad and Michelle for everything they did and a special thanks to Dr. Norma Turk for all of the compassionate care in Lloyd‚Äôs last days.