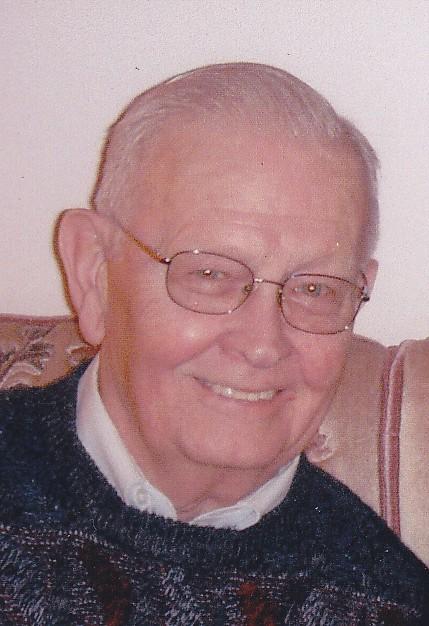 Lloyd A. Siebers, age 88, passed away on Wednesday, June 29, 2011, at Appleton Medical Center. Lloyd was born on January 4, 1923, in Kaukauna, son of the late Martin and Mary (Van Dyke) Siebers. Lloyd proudly served his country from 1943 until 1945 in the United States Army as a Medic in the European Theater of World War II. On November 23, 1946, he was married to Delores Fjellerad in Kimberly. Lloyd worked as a tinsmith at Thilmany's for 43 years. Lloyd loved watching the Packers and the Brewers. He enjoyed fishing, and his cars.

Lloyd is survived by his loving wife, Delores; and two nephews, Larry Weyenberg, and Bob Vandehy. He was preceded in death by his brothers, Peter, Leo, Wilfred, Harold, and Donald; his sisters, Margaret, Agnes, Rosanna, Delores, and Virginia; and two nieces-in-law, Carol Weyenberg, and Joan Vandehy.

The funeral liturgy for Lloyd will be held at 11:00 p.m. on Saturday, July 2, 2011 at HOLY SPIRIT CATHOLIC CHURCH, 620 E. Kimberly Ave., Kimberly, with Rev. Msgr. James Vanden Hogen officiating. Friends may call on Saturday at the church from 9:30 a.m. until the time of the mass. Interment will take place at Holy Name Cemetery, Kimberly. Delores would like to extend a sincere thank you to Larry and Bob for their help and support through this time. The family would also like to extend a thank you to the 3rd floor nurses and staff at Appleton Medical Center for their compassion, care, and support.