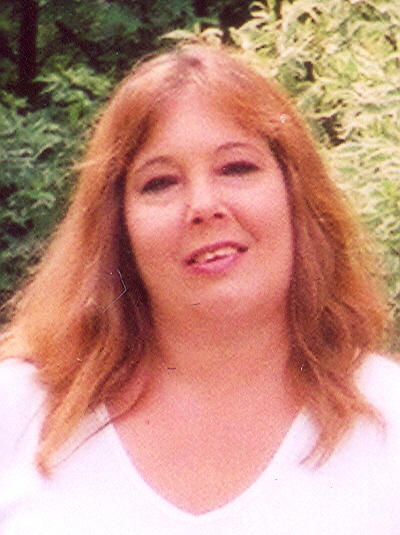 Lisa Harold, age 45, of Neenah, passed away unexpectedly at her home on Monday, December 20, 2010. Lisa was born on July 31, 1965, in Saginaw, Michigan, to Donald and Virginia (Baumann) Kain. She was well known for her devotion to and love of family, especially her granddaughter, Jadyn. Lisa faithfully read her Bible and Daily Devotions. Her career focused on pre-school child care. Lisa enjoyed the company of her dog, Belle, her cat, Lucy, in addition to crafting, stamping, and decorating.

Survivors include her husband of four years, Bill; her daughter, Amanda (Isaac) Schwandt, and their daughter Jadyn, Appleton; her son, Daniel, and former husband, Jim (Jane) Birr, of Oshkosh; her parents, Donald and Virginia Kain; her brother, David (Julie) Kain, and their children Kendra and Rachel, her sister, Laura Kain, her aunts, Karen Kain, all of Saginaw; Bill's daughter, Stacy Gengler and her daughter, Skyler; his son, Jason (Mandy) Harold, his brother, Bob (Kaye) Harold, and his sister, Barb (Doug) Mathison; and Jim's mother Lois Birr. Lisa is further survived by her special friends, Ruth Hartley and Kim Hathaway, and many other friends and relatives. She was preceded in death by her uncle John Kain and aunt Joyce Kain; Bill's mother Margaret Harold; and Jim's father, Louis Birr.

Funeral services will be at 11:00 a.m. on Tuesday, December 28, 2010, at MOUNT OLIVE EV. LUTHERAN CHURCH, Appleton, with Rev. Joel Zank officiating. Friends may call at the Wichmann Funeral Home, Appleton, on Monday, December 27, from 4:00 p.m. to 8:00 p.m. and again directly at the church on Tuesday from 10:00 a.m. until the time of services. Interment will be in Greenlawn Memorial Park, Neenah. The family would like to extend a sincere thank you to the professionals and all of those who helped during this difficult time. A memorial has been established in her name.
Wichmann Funeral Home
537 N. Superior Street
Appleton, WI 54911 920-739-1231
Online Condolences
www.wichmannfargo.com