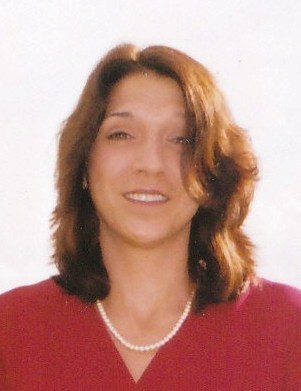 Lisa is well-known for her hospitality to friends, family and new neighbors. She was always there when people needed her, offering gifts, understanding and friendship. Lisa loved animals. Her dog Antonio and her cat Thomas were truly a part of the family.

Survivors include her husband of nine years, Eric, her step-daughter Anna, her brothers and sisters, Dennis Ferrigno; Denise (George) Agnew; Donna (Tim) Kuzdzal; Charlie (Carol) Ferrigno, Robert (Manny) Ferrigno and John R. (Kim) Ferrigno. She is further survived by many nieces, nephews, other relatives and friends. She was preceded in death by her first husband Dale Henningfeld and her favorite dog Michael. Lisa was also preceded in death by her beloved Nana and Baba and Grandma Ferrigno; Eric's parents Rosemary and Martin Koeppel of Phlox, and three of Eric's sisters, Lucy, Anne and Frannie.

Memorial services will be held in both Menasha and Phlox. The Menasha service will be at 6:00 p.m. on Tuesday, February 4, 2014, at the WICHMANN FUNERAL HOME, TRI-COUNTY CHAPEL, 1592 Oneida Street, Menasha, with Deacon Tony DeBroux officiating. Friends may join the family to celebrate her life at the funeral home on Tuesday from 4:00 p.m. until the time of service.

The Phlox service will be at 11:00 am on Wednesday, February 5, 2014, at ST. JOSEPH CATHOLIC CHURCH in Phlox with Father Charles Hoffman and Deacon Tom Hartman officiating. Friends may join the family to celebrate her life at the church from 10:00 a.m. until the time of the service. Family and friends are invited to share a meal after the service.

Lisa's family would like to extend a sincere thank you to the staff at Affinity Hospice for their loving care. Eric would also like to sincerely thank his co-workers and management at Webex Inc. in Neenah. Online condolences may be offered at www.wichmannfargo.com.

In lieu of flowers, a memorial fund is being established in Lisa's name.