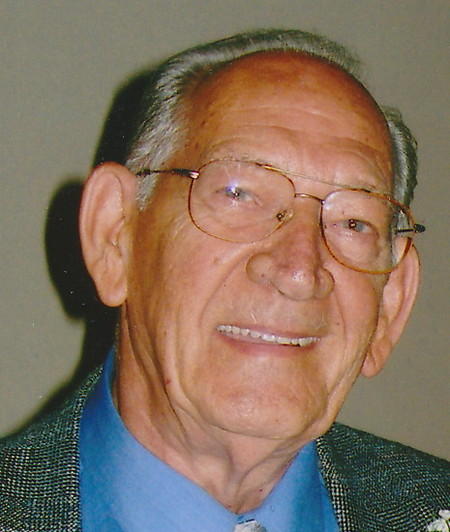 Lindy served his country in the U.S. Army during WWII as a SSGT, earning the Victory medal, and the Army occupation medal of Japan. He was a charter member of St. Thomas More Parish since 1963. He was employed at James River for 44 years, retiring in 1987 as an oiler.

Funeral service will begin at 11:00 am on Friday, June 10, 2011 at ST. THOMAS MORE CATHOLIC CHURCH 1810 North McDonald Street, Appleton, with Fr. Jim Lucas officiating. Visitation will be on Thursday evening from 5:00 pm until 8:00 pm at the Wichmann Funeral Home. A parish prayer and scripture service will be held at 7:30 pm. Visitation will continue Friday at the church from 10:00 am until the hour of service. Burial will be in Highland Memorial Park.

The family would like to thank the staff on Magnolia Way and Hospice at St. Paul Home.